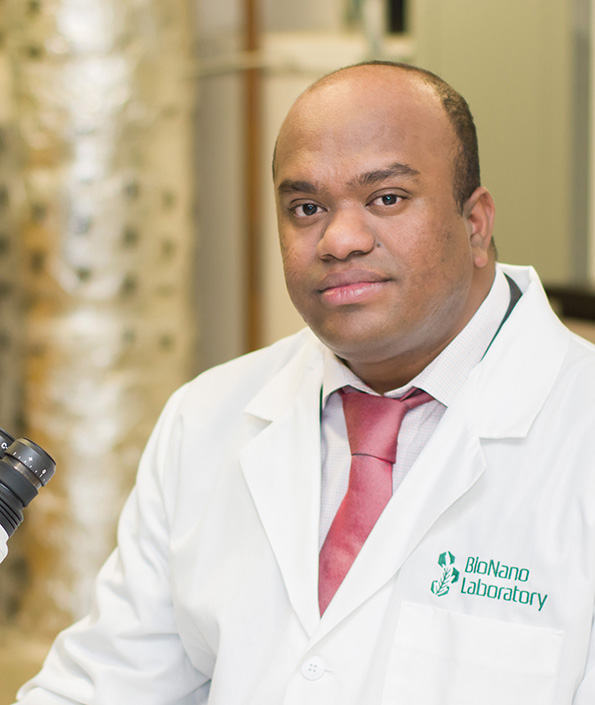 Judging the nature and suitability of items we put in our mouths is a task we perform daily, whether it’s due to different taste preferences, being on a diet, or from particular foods not agreeing with our metabolisms. Some foods can trigger mild reactions such as an upset stomach, or more serious skin rashes and outbreaks, from shortness of breath to even death.

Many of us have been somewhere where someone with a peanut allergy has been brought to everyone’s attention. The situation may have been publicized before boarding a plane, at a school where parents are asked to refrain from giving their children any food containing peanut products, or restaurants that clearly indicate which dishes are peanut-free on their menu, or that the kitchen is absent of the legume.

The number of people with food allergies continues to rise, and although many theories have been provided for the increase, the exact cause is unknown. Many foods are documented as being able to produce an allergic reaction—milk, eggs, soy and shellfish, to name a few—but peanuts and gluten are highlighted as major offenders. Canadian government regulations require that manufacturers label products that contain certain allergens, even if they are made in a facility where allergens are in another product.

The Threat of Gluten and Peanuts

Gluten contained in wheat has become a widely avoided food substance, although the reason for this might has more to do with health concerns than allergies. The American College of Allergy, Asthma and Immunology (ACAAI) estimates that 400,000 U.S. school children have a peanut allergy, with many of those also having other food allergies. According to the ACAAI, many children will eventually outgrow most food allergies, but only 20% of those who have a peanut tolerance will outgrow it.

The charity organization Food Allergy Canada states that 2.5 million people suffer from a food allergy in Canada, while 2 in 100 children are susceptible to peanuts causing a reaction. There isn’t a cure for food allergies, so governments and food inspectors have the weighty task of ensuring that commercially produced products are packaged or served with proper labeling and information to protect consumers. This requires constant checking and testing of products that may have come in contact with peanuts or gluten.

To provide regular analysis, the procedure has been lengthy and expensive, but scientific researchers at Canada’s University of Guelph have developed an apparatus that can identify allergens in a much shorter time span while being considerably more cost effective. The new allergen detector could expedite allergen reporting and possibly reduce the number of allergic reactions through more timely results.

Based on the ELISA (enzyme-linked immunosorbent assay) platform that is widely used in diagnostic labs to identify allergens, the new apparatus provides comparable accuracy. The technology has been miniaturized so that equipment is portable, about the size of an audiocassette case, and tests can be conducted on location instead of relying on a lab that may be far away.

An Allergen that Glows

In the case of peanuts, the scientists focused on a prominent allergen named Ara h 1, because it can be identified through non-radioactive fluorescence. Although there are other allergens in peanuts, they don’t share the same property by which they can be identified, as does Ara h 1.

The process requires a small amount of the suspected food to be liquefied in a suspension so that it can be injected using a filter syringe into a silicon-based plate, or chip, of microcapillaries. As the sample passes through tiny tubes of the microfluidic chip using capillary action, it travels through a beam of light from a LED source that is monitored by a specialized camera, which is also a product of the scientists’ work.

The image captures Ara h 1 protein particles that fluoresce when they come in contact with the chemical properties of the suspension. Currently, the camera records the data and sends it to a computer to be analyzed and deciphered with a result being provided within 20 minutes, compared to a conventional lab test that takes up to four hours after a sample has been received.

In a modification to provide an extremely portable system, research is underway to develop an app to enable results via a smartphone. Testing foods in the near future will be as convenient and prompt as holding the detector in one hand and a smartphone in the other so that a restaurant owner, for example, will be assured that dishes are allergen-free before being served to customers.

Imitating the Human System for Detection

To enable the allergen to fluoresce, the compound graphene oxide (GO) was utilized in combination with a bio-sensing component, known as an aptamer. The aptamer acts similarly to antibodies that identify and attach themselves to foreign and hostile elements that enter our blood system. Once a GO-aptamer mixture is attached to the allergen, the light source allows the protein particle to be detected and its image captured electronically.

By altering an aptamer’s composition to identify other allergens, such as gluten, the detector is a versatile piece of scientific equipment for identifying potentially hazardous food ingredients. The developers of the technology are confident that their discovery will change the future of identifying potentially hazardous food components. The final step in the allergen detector’s development seems to be fine tuning the detection process for certain processed foods, such as roasted peanuts, that can alter the composition of Ara H 1 making it less obvious to be identified.