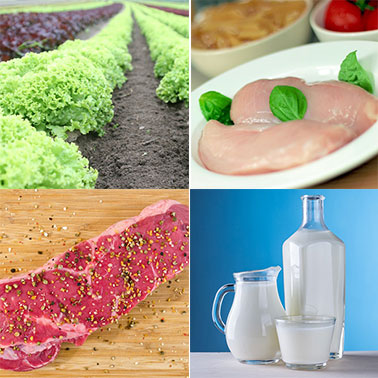 The report was developed to help shape the priorities of the FDA, inform the creation of targeted interventions to reduce foodborne illnesses caused by these pathogens, inform stakeholders and improve regulatory agency’s to assess whether prevention measures are working.

The IFSAC excluded 96 of these outbreaks according to its pathogen-exclusion criteria, leaving 3,653 outbreaks. The agency further excluded 1,524 outbreaks without a confirmed or suspected implicated food, 836 outbreaks for which the food vehicle could not be assigned to one of the 17 food categories, and six that occurred in a U.S. territory.

The resulting dataset for the report included 1,287 outbreaks in which the confirmed or suspected implicated food or foods could be assigned to a single food category. These included 960 caused or suspected to be caused by Salmonella, 272 by E. coli O157 and 55 by Listeria. Outbreaks from 2016 through 2020 provide 71% of model-estimated illnesses used to calculate attribution for Salmonella, 67% for E. coli O157 and 62% for Listeria.

Salmonella illnesses came from a wide variety of foods, with more than 75% of illnesses attributed to seven food categories: Chicken, Fruits, Pork, Seeded Vegetables (such as tomatoes), Other Produce (such as fungi, herbs, nuts, and root vegetables), Beef and Turkey.

More than 80% of E. coli O157 illnesses were linked to Vegetable Row Crops (such as leafy greens) and Beef.

Attribution estimates for Campylobacter outbreaks were not included in this year’s report, though they have been included in the past. IFSAC said that this was “due to continued concerns about the limitations of using outbreak data to attribute Campylobacter illnesses to sources … these concerns are largely due to the outsized influence of outbreaks in certain foods that pose a high individual risk for Campylobacter infection but do not represent the risk to the general population.” For example, 91% of reported Campylobacter outbreaks related to dairy products were associated with unpasteurized milk, while 57% majority of chicken-related outbreaks were due to chicken liver products, which are not widely consumed.