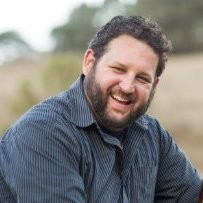 An upcoming decision by the Supreme Court could have an enormous impact upon the nation’s pork supply and prices, as well as other industries. For the sake of smaller pig operations nationwide and people in California who are not wealthy, I hope the Court rules that a California law requiring that state businesses can only sell pork from humanely raised pigs is unconstitutional.

At issue is National Pork Producers Council v. Ross, a suit born out of California’s 2018 ballot measure Proposition 12, which forbade the sale of pork in the Golden State unless the sow that birthed the pigs was granted 24 feet of space. Most commercial pig operations confine pigs in smaller spaces. After California voters passed the measure—over 60% voted in favor of it—two trade groups sued, arguing that it upended interstate commerce and defied sensible business practices.

Subscribe to the Food Safety Tech weekly newsletter to stay up to date on the latest news and information on food safety and quality.

The rule would barely touch the California pork farming industry, which is relatively small—the state accounts for just 1% of the pork producers in the country. But pig farming in states like Iowa, Minnesota, North Carolina, Illinois and Indiana—the nation’s top 5 pork producers—would suffer quite a bit should if measure is not struck down by justices.

By imposing this 24-foot requirement on all pork imported into California, the state is effectively dictating how industries in other states do business. While California isn’t a big pork production state, it’s a large consumer—Golden Staters consume 15% of all pork produced in the United States, and import 99% of their pork. If the law remains in place, only the largest pig producers in the industry could serve California, and thus survive in a highly competitive marketplace nationwide; they will have the resources to meet California’s demands and create separate facilities for California pork. So one regrettable side effect of Proposition 12 would be the acceleration of consolidation among pig operations.

Another ripple effect, should the law remain in place, will an increase in pork prices in California, which will hit the poor the hardest. The large operations in pig production states that have the resources to create separate facilities for California pork will likely charge far more for the bacon, chops, and ribs they produce. And there will be less of it, further pushing up prices.

Along these lines, California is an intensely diverse state. Many of the cultures that populate two of the state’s largest broad immigrant categories—Latin American (representing half of immigrants) and Asian (with 39% of the state’s immigrants)—include people from countries including Mexico, the Philippines and Vietnam, where pork figures largely into their cuisines. With inflation rising at rates not seen in more than 40 years, the nation’s poor, including many new immigrants, already are suffering. A dramatic spike in pork prices would further disrupt their lives.

During oral arguments, both liberal and conservative justices explored the heart of the problem with Proposition 12. Justice Amy Coney Barrett, for example, asked if it would be acceptable for California to “pass a law that said we’re not going to buy any pork from companies that don’t require all their employees to be vaccinated or from corporations that don’t fund gender-affirming surgery?” Justice Elena Kagan wondered if a state could ban the import of wood products unless they were treated with specified pesticides.

Their probing questions reveal concerns about Proposition 12’s potential precedent for sparking more legal warfare between states with competing political identities. Should the justices allow Proposition 12 to stand, what stops Texas voters from approving a law that bans the importation of products from companies that pay for employees’ birth control? Or Massachusetts voters from voting in favor of prohibiting chicken from states with abortion bans, which today would damage the chicken industry in Indiana, the third-largest chicken supplier in the nation, as well as other states.

One result, said Justice Kagan, could be that states “are constantly at each other’s throats” by targeting one another’s industries with bans on commercial activity between states.

The justices ruling will hinge on how they interpret the Constitution’s commerce clause, which aims to encourage interstate commerce and block trade wars between states. It is obvious that California’s law will inhibit interstate commerce between California and the nation’s pork-producing states. But that doesn’t mean justices will conclude that the California law should be dumped. Other justices, especially Justice Neil Gorsuch, seem to side with California.

“We’re going to have to balance your veterinary experts against California’s veterinary experts, the economic interests of Iowa farmers against California’s moral concerns and their views about complicity in animal cruelty,” Gorsuch told a lawyer representing pork producers, as reported in the New York Times. “Is that any job for a court of law? I mean, the commerce clause, after all, is in Article I, which would allow Congress to resolve any of these questions.” He also wondered whether since some pork producers are willing to satisfy California’s new requirements, wouldn’t it be a good idea to let the market decide whether the law works?

If justices’ do decide the California law is illegal, it could have repercussions beyond the pork industry. For example, California sets auto emissions standards for vehicle sales in the state that exceed federal standards; it is the only state with the right to do that. The so-called “California Waiver” imposes burdens upon automakers that seek to sell in the nation’s largest market for auto sales. Meanwhile, a new California law requires that by 2035, all new vehicles sold in the state are electric, hydrogen-fueled or at least plug-in hybrid. If the Supreme Court, which will issue its opinion on National Pork Producers Council v. Ross between December of this year and June of 2023, rules against California it also could impact the sanctity of laws like California’s emissions standards.

“How many laws would fall?” Justice Barrett asked during the hearing. “California has higher emission standards on automobiles and many other states. Would that fall?”

No matter what the Court decides with this case, it will affect life in the U.S. In the context of the pork industry, I sympathize with animal rights advocates who seek to improve conditions for livestock. But Proposition 12 is the wrong way to go about effecting meaningful and fair change in the pork industry.