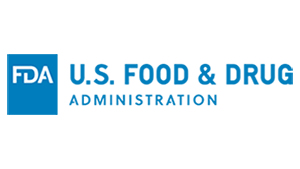 FDA has issued a Request for Information in an effort to gain information and data about how to properly label foods made with cultured seafood cells. The goal is to help FDA determine next steps in ensuring that products derived from cultured seafood cells are labeled consistently and transparently. The “Request for Information: Labeling of Foods Comprised of or Containing Cultured Seafood Cells” will be published on the Federal Register on October 7, and there is a 150-day comment period.

“The FDA invites comment, particularly data and other evidence, about names or statements of identity for foods made with cultured seafood cells. The agency is also interested in information on consumer understanding of those terms and how to determine material differences between cell cultured and conventionally produced seafood,” FDA stated in an email constituent update.

The labeling of foods derived from cultured seafood cells falls under FDA jurisdiction. In March the USDA and FDA entered into a formal agreement regarding the oversight of human food made from cells of livestock and poultry. 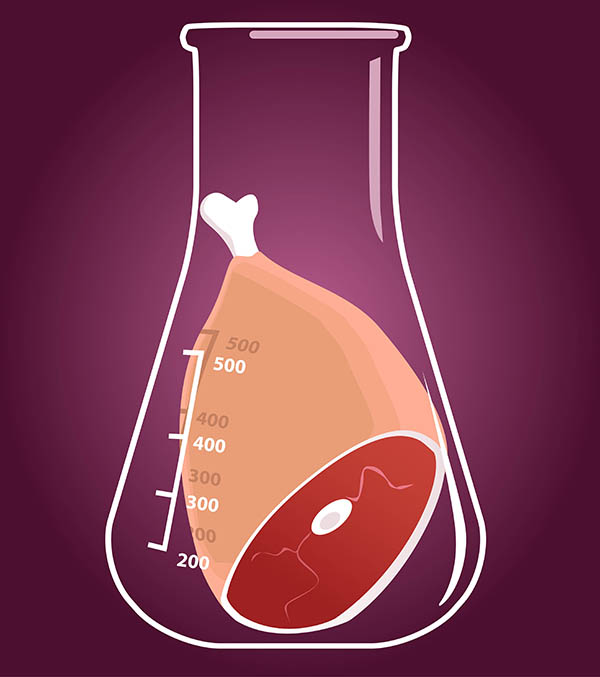 As the consumer craze over plant-based meat continues, cell-cultured meat is next on the list of alternatives to “real meat”. There are several factors driving this market, including increased demand for meat as the world’s population grows and becomes more affluent, and the concern that if more sustainable solutions are not implemented, there won’t be enough protein to feed the world’s population by 2050, according to Paul Mozdziak, professor at NC State University. Mozdziak, who presented his perspective on cell-cultured meat during the IAFP Annual Meeting last month, has been working in the cell-cultured meat space for 25 years. It’s not a new concept, he pointed out, but sustainability issues, concerns over the efficiency of the animal industry (i.e., the biological limits of animals), along with a waning enthusiasm in eating animals have sparked even more interest in animal technologies during the past few years.

Animal cell culture technology involves a controlled growth of animal cells from livestock, poultry, fish or other animals, their subsequent differentiation into various cells types, and their collection and processing into food, according to Roberta Wagner, assistant administrator, Office of Policy and Program Development at FSIS, USDA. Wagner shared the regulatory perspective on this emerging segment at IAFP. And although the session in which Wagner and Mozdziak spoke was titled, “Is Cell-cultured Meat Really Meat?”, neither of them answered this question. Rather, they discussed the status of the sector and the challenges ahead.

“The technology has been around,” said Mozdziak. “The issue is getting it to scale and myogenic to actually produce product.” Muscle cells want to attach to something. The process of making cultured meat involves isolating cells, getting them to grow in suspension and transferring them to a bioreactor to grow. In order to create a fully formed muscle, the cells needs to attach to a scaffold and differentiate, he explained. The bioreactor facilitates a sterile environment, but when scaling up, the challenge is the unknowns (which could introduce food safety issues) during downstream processing. “Once it’s out of the bioreactor and in a non-sterile environment, there are a variety of ways it can be contaminated,” said Mozdziak.

The production process could be cost prohibitive as well. “Currently, serum-based media cost $25 a liter; serum-free is $104 a liter. How much lower can we go from that?” said Mozdziak. “A kilo of turkey at ALDI is $6… therefore the media costs would have to be below $12 a liter for this to ever be profitable.”

How Will It Be Regulated?

In October 2018, FSIS and FDA held a joint public meeting to discuss the use of cell culture technology to develop products derived from livestock and poultry. The agencies also started talking about what regulatory oversight might look like. In March of this year the USDA and FDA reached a formal agreement on joint framework for regulating cell-cultured meat and poultry products. FDA will regulate the extraction of cells from live animals and jurisdiction will be transferred to FSIS during the cell harvest stage, and FSIS will oversee production and labeling. “The agreement roughly mirrors our jurisdiction of both agencies for traditionally produced livestock,” said Wagner. She added that regarding FSIS authority over cell-cultured products, the agency does not expect there will be a need for additional legislation nor will there be new regulation to inspect the products (Establishments that harvest cells or process the cells must comply with sanitation, HACCP and any other applicable FSIS regulations). Labeling for cell-cultured meat and poultry products must be approved.

Wagner noted two major challenges ahead in the federal regulation of cell-cultured meat. “We’ve received very little information about the process and technology being developed or used by cell-cultured meat and poultry manufacturers,” she said. “If industry doesn’t share such information, there could be a delay in review of products.” She added that the agency is encouraging industry to come forward sooner than later with this information. The second big challenge involves research and science gaps—more is needed to understand the risks.

So, is cell-cultured meat really meat? “Before we can answer that, someone needs to actually have a product,” said Mozdziak. He believes industry will get there in creating marketable cell-cultured meat, but there is no telling how long it will take.

Today FSIS and FDA announced a formal agreement regarding the regulatory oversight of human food products derived from the cell lines of livestock and poultry. The agencies will jointly oversee regulation of these cell-cultured products to ensure both safe production as well as accurate labeling.

The agreement involves a joint regulatory framework in which the FDA will manage cell collection, cell banks, and cell growth and differentiation. During the cell harvest stage, FDA will transition oversight to FSIS and from there, FSIS will oversee production and labeling of the human food products that are derived from the cells of livestock and poultry.

“We recognize that our stakeholders want clarity on how we will move forward with a regulatory regime to ensure the safety and proper labeling of these cell-cultured human food products while continuing to encourage innovation,” said FDA Deputy Commissioner for Food Policy and Response Frank Yiannas in a USDA press release.