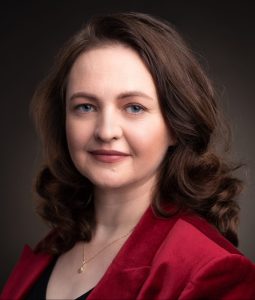 Dr. Mastovska has been an active member of AOAC International since 2004 and received the association’s highest scientific honor, the Harvey W. Wiley Award, in 2021. She has extensive experience in research chemistry, which includes working for the University of Chemistry & Technology in Prague, the U.S. Department of Agriculture, and founding her own independent consulting business, Excellcon International. Dr. Mastovska most recently served as Chief Scientific Officer, Eurofins U.S. Food Division.

“Kate has been an instrumental and involved member of AOAC for almost 20 years, and we’re so thrilled to have her officially join our team,” said Executive Director David B. Schmidt. “She will lead all science programs and projects at AOAC International and has excelled with the three main stakeholder sectors for AOAC: government, industry, and academia.”

“I’m delighted to join the AOAC staff and lead the team of dedicated scientists. AOAC has a critical role in food safety, and I’m inspired to continue to be a part of this important work,” said Dr. Mastovska.

The association has also promoted two current staff members, each with almost 20 years of experience at AOAC:

Dawn L. Frazier has been promoted to Deputy Executive Director, Engagement. Previously she served as Senior Director of Membership, Marketing, and Communications. Her responsibilities include leading and implementing the organization’s engagement strategy, which includes developing and maintaining relationships with key stakeholders and partners, as well as overseeing outreach and communication efforts. The position serves as the membership, communications, publications, and meetings lead to achieve the strategic plan for AOAC. In her time at AOAC, she has provided guidance to the sections, overall membership, meetings, and education, as well as marketing and communications.

Deborah McKenzie has been promoted to the new role of Deputy Assistant Executive Director & Chief Standards Officer. McKenzie was Senior Director, Standards and Official Methods of Analysis. Her responsibilities include overseeing implementation and execution of voluntary consensus standards processes and the Official Methods of Analysis database. She and her team will coordinate and administer associated activities with standards development and method approval programs.