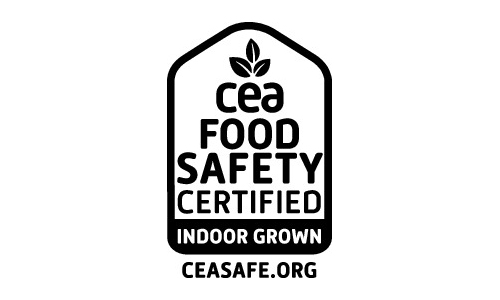 Last week the CEA Food Safety Coalition announced the first food safety certification program for leafy greens grown indoors. The food safety addendum intends to address the distinct attributes of controlled environment agriculture (CEA) as it relates to leafy greens and is a certification in addition to demonstrating GFSI compliance.

“Current food safety standards were written for the field, and many do not address the unique attributes of controlled, indoor environments,” said Marni Karlin, executive director of the Coalition in a press release. “This new certification process and the accompanying on-pack seal helps to unify CEA growers while also differentiating them from traditional field agriculture. It also better informs consumers and provides a quick-glance image to know when produce has been grown safely indoors, with a high standard of quality and without some of the hazards of the field, such as potential contamination from animal byproducts.”

CEA is a technology-forward method that establishes optimal growing conditions in controlled environments such as greenhouses and indoor vertical farms. The certification program is for CEA FSC members (at a cost) and is completed annually. It assesses CEA grower sites in the four main areas: 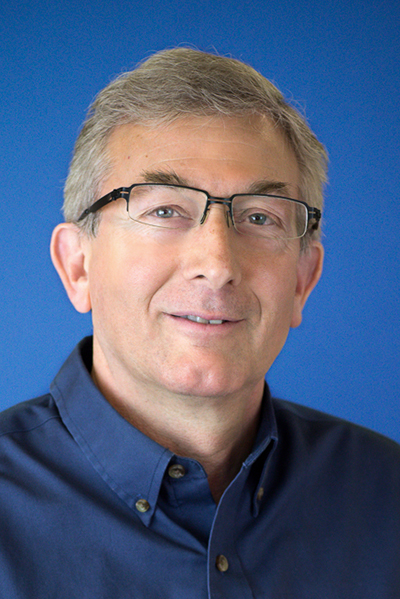 The CDC estimates that 48 million people in the United States become sick with a foodborne illness each year. Some of the most common of these illnesses include norovirus, Salmonella, and E. coli. Each can result in a range of symptoms, from mild discomfort to serious, life-threatening illnesses. Although the coronavirus pandemic has worked to create a sense of heightened public health awareness, one of these common, yet preventable, foodborne illnesses—E. coli—is still on the rise.

What Is E. coli and How Common Are Infections?

According to the CDC, Escherichia coli (E. coli) are a large and diverse group of bacteria found in the environment, foods, and intestines of people and animals. Most strains of the bacteria are harmless, but certain ones can make you sick, causing diarrhea, urinary tract infections, respiratory illness and pneumonia, or other illnesses.

When it comes to understanding the scale of the problem, upwards of 70,000 Americans are estimated to fall ill because of E. coli each year, thousands of whom require hospitalization. E. coli outbreaks have been occurring with regularity, and the number of cases are increasing instead of slowing down, in frequency. In November 2020 alone, there were three ongoing E.coli outbreaks in the United States, accounting for 56 infections, 23 hospitalizations, and one death. At least one of these outbreaks stemmed from a common target for the bacteria: Romaine lettuce. When it comes to E. coli-contaminated foods, fresh leafy greens such as romaine or spinach are the most common vehicles for E. coli that can pose serious risks to human health.

Leafy greens are an easy target for E. coli for a number of reasons, the first being their popularity. The public recognition of the health value of consuming greater amounts of fresh leafy greens has correspondingly increased the production area of such produce to meet consumer demand. Crop production over wider areas makes tracking of contamination in the field more difficult and the greater consumption increases chances of eating contaminated leafy greens. This type of produce also grows low to the ground, increasing chances of exposing the edible, leafy portions of the lettuce to contaminated water. Finally, other vegetables are often cooked prior to consumption, killing the bacteria, whereas romaine and other leafy greens are often consumed raw.

Once this type of produce is exposed to contaminants, several characteristics of leaf surfaces make removal of bacteria such as E. coli difficult. Studies have shown that, at the microscopic level, the “roughness” or shape of the leaf surface can influence the degree to which bacteria adheres to leaves. Bacteria have specific protein fibers on their surface that are involved in the attachment of the bacteria to the leaf surface and this has been shown to be dependent on the surface roughness of the leaf. Other factors include the “pores” on leaf surfaces—stomata—through which plants take up carbon dioxide and release oxygen and water vapor. Pathogenic E. coli has been observed to enter such stomatal pores and therefore is often very resistant to removal by washing. Moreover, the density of stomata within leaves can vary between different varieties of lettuce or spinach and so affects the degree of E. coli attachment. Additional factors such as leaf age, damage and amount of contaminating bacteria also affect how effectively bacteria adhere to the leaves, making washing difficult.

Unfortunately, E. coli outbreaks will likely remain prevalent because of the challenge of interrogating all irrigation water for large and widespread production fields. Once microbial contaminants are present on fresh leafy produce, their complete removal by washing cannot be guaranteed, and it is very difficult to monitor every plot of crops continuously. However, there is a solution to this problem: Controlled environment agriculture (CEA). CEA is an broad term used for many varieties of indoor plant cultivation and can be defined as a method of cultivating plants in an enclosed environment, using technology to ensure optimal growing conditions.

Because outbreaks caused by E. coli-contaminated produce are most often due to produce coming into contact with contaminated irrigation water, indoor growing provides an ideal solution with zero reliance on irrigation water. It also offers a sealed environment with virtually no risk of contamination from animal excrement or other pathogen sources. Indoor farming also makes additional features possible that enhance safety including the use of purified water and handling done only by staff wearing protective clothing (for the plants) including lab coats, hair nets, and gloves. No ungloved hand ever comes into contact with the produce either during growth or in packaging. These standards are nearly impossible to achieve in a traditional farm setting.

At this point, not everyone can access food coming from a clean, indoor facility. At the consumer level the best way to avoid E. coli infection remains simply being diligent when it comes to washing. Even if produce is labeled “triple-washed,” if it was grown outdoors, the consumer should always wash it again. Or better yet, look for indoor, hydroponically-grown produce to further mitigate the risk.

Although these outbreaks will continue, as they do, we suspect more consumers will embrace indoor-grown produce and this emerging form of agriculture as a safer alternative. As consumers increasingly understand the advantages of indoor growing, such as enhanced quality and longer shelf life, the popularity of this growth method will increase. Eventually, a greater quantity of the most commonly-infected produce will come from these controlled environments, gradually producing an overall safer and healthier mass product.