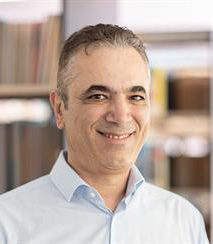 In just 30 years, worldwide food production will need to nearly double to feed the projected population of 9 billion people. Challenges to achieving food security for the future include increasing pressures of global warming and shifting climatic belts, a lack of viable agricultural land, and the substantial burdens on freshwater resources. With the United Nations reporting nearly one billion people facing food insecurity today, our work must begin now.

A key research area to meet this crisis is in developing crops resilient enough to grow in a depleting environment. That’s why we need to search for ways to improve crop resilience, boost plant stress resistance and combat emerging diseases. Researchers around the world, including many of my colleagues at Saudi Arabia-based King Abdullah University of Science and Technology (KAUST), are exploring latest genome editing technologies to develop enough nutritious, high-quality food to feed the world’s growing population.1

Where We’ve Been, and Where We Need to Go

Farmers have been genetically selecting crop plants for thousands of years, choosing superior-looking plants (based on their appearance or phenotype) for breeding. From the early 20th century, following breakthroughs in understanding of genetic inheritance, plant breeders have deliberately cross-bred crop cultivars to make improvements. In fact, it was only a few decades ago that Dr. Norman Borlaug’s development of dwarf wheat saved a billion lives from starvation.

However, this phenotypic selection is time-consuming and often expensive—obstacles that today’s global environment and economy don’t have the luxury of withstanding.

Because phenotypic selection relies on traits that are already present within the crop’s genome, it misses the opportunity to introduce resilient features that may not be native to the plant. Features like salt tolerance for saltwater irrigation or disease resistance to protect against infections could yield far larger harvests to feed more people. This is why we need to explore genome editing methods like CRISPR, made popular in fighting human diseases, to understand its uses for agriculture.

What Our Research Shows

We can break down these issues into the specific challenges crops face. For instance, salt stress can have a huge impact on plant performance, ultimately affecting overall crop yields. An excess of salt can impede water uptake, reduce nutrient absorption and result in cellular imbalances in plant tissues. Plants have a systemic response to salt stress ranging from sensing and signaling to metabolic regulation. However, these responses differ widely within and between species, and so pinpointing associated genes and alleles is incredibly complex.2

Genome-wide association studies, commonly used to scan genomes for genetic variants associated with specific traits, will help to determine the genes and mutations responsible for individual plant responses.3 Additionally, technology like drone-mounted cameras could capture and scan large areas of plants to measure their characteristics, reducing the time that manual phenotyping requires. All of these steps can help us systematically increase crops’ resilience to salt.

“Quinoa was the staple ‘Mother Grain’ that fueled the ancient Andean civilizations, but the crop was marginalized when the Spanish arrived in South America and has only recently been revived as a new crop of global interest,” says Mark Tester, a professor of plant science at KAUST and a colleague of mine at the Center for Desert Agriculture (CDA). “This means quinoa has never been fully domesticated or bred to its full potential even though it provides a more balanced source of nutrients for humans than cereals.”

In order to further understand how quinoa grows, matures and produces seeds, the KAUST team combined several methods, including cutting-edge sequencing technologies and genetic mapping, to piece together full chromosomes of C. quinoa. The resulting genome is the highest-quality quinoa sequence to date, and it is producing information about the plant’s traits and growth mechanisms.4,5

The accumulation of certain compounds in quinoa produces naturally bitter-tasting seeds. By pinpointing and inhibiting the genes that control the production of these compounds, we could produce a sweeter and more desirable crop to feed the world.

And so, complexity of science in food security increases when we consider that different threats affect different parts of the world. Another example is Striga, a parasitic purple witchweed, which threatens food security across sub-Saharan Africa due to its invasive spread. Scientists, including my team, are focused on expanding methods to protect the production of pearl millet, an essential food crop in Africa and India, through hormone-based strategies for cleansing soils infested with Striga.6

Other scientists with noteworthy work in the area of crop resilience include that of KAUST researchers Simon Krattinger, Rod Wing, Ikram Blilou and Heribert Hirt; with work spanning from leaf rust resistance in barley to global date fruit production.

Magdy Mahfouz, an associate professor of bioengineering at KAUST and another CDA colleague, is looking to accelerate and expand the scope of next-generation plant genome engineering, with a specific focus on crops and plant responses to abiotic stresses. His team recently developed a CRISPR platform that allows them to efficiently engineer traits of agricultural value across diverse crop species. Their primary goal is to breed crops that perform well under climate-related stresses.

“We also want to unlock the potential of wild plants, and we are working on CRISPR-guided domestication of wild plants that are tolerant of hostile environments, including arid regions and saline soils,” says Mahfouz.

As climate change and population growth drastically alters our approach to farming, no singular tool may meet the urgent need of feeding the world on its own. By employing a variety of scientific and agricultural approaches, we can make our crops more resilient, their cultivation more efficient, and their yield more plentiful for stomachs in need worldwide. Just as technology guided Dr. Bourlag to feed an entire population, technology will be the key to a food secure 21st century.