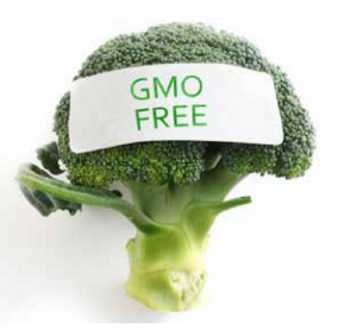 In November 2014, the people of Oregon and Colorado voted for mandatory labeling of foods produced from genetically modified organisms (GMO). These initiatives from Maine, Connecticut, Vermont, and subsequently Oregon and Colorado speak of the public’s desire to know what they are eating, a mistrust of the industry, and a lack of action from the Federal government.

Currently in the U.S.. there is no Federal law that requires the labeling of GMO derived products, providing the product is not significantly different to the non-GMO product, or different in use, nutrition, or includes an unexpected allergen. However, FDA has produced voluntary labeling guidance on GMO and non-GMO. While many companies have option to label their products as non-GMO, there hasn’t been the same desire by the industry to label their products as GMO.

Unwanted events have caused the public to believe that the industry cannot be trusted and that the government is not doing everything it can to protect the public. One case involved a strain of GMO corn (Starlink) that was only approved for animal feed and fuel, because it cause a reaction in people. Unfortunately, this strain of corn did end up in the human food supply chain, causing the U.S. price of corn to plummet on the world market, and dozens of products to be recalled.

Another case involved the development of GMO wheat. T his was a product that foreign markets had no desire for. There, after field trials from 2000 to 2003, the company that created the GMO wheat dropped the project despite FDA completing its food safety consultation on it in 2004.

In 2013, this strain of GMO wheat was found growing in a field in Oregon. After extensive review, the USDA completed an investigation and published its findings on September 26, 2014, concluding that it was the same GMO variety created by the aforementioned company. The report added that the wheat had not come from local field trials, and that they were “unable to determine exactly how the GMO wheat was found growing in Montana. That investigation is still ongoing.

One of the counties of Oregon, Jackson County, has banned GMO crops. Oregon was one of the states involved in the unwanted GMO wheat event, and has voted no to changing its existing law to require the labeling of raw and packaged foods produced entirely, or partially by genetic engineering. This law would have required retailers to properly label raw product as “genetically engineered.”

A law proposed in Colorado but also not passed, dealt with labeling requirements for products derived for genetic modification. Had it been passed, it would have been effective from July 1, 2016. Its main aim was that packaged and raw agriculture products derived from GM would have to have been labelled as “produced with genetic engineering.” The exemptions from the labeling requirements were:

Food would not have been considered misbranded if it had been produced by someone unaware that the seed or food was derived from genetic engineering, or that it was either unknowingly or unintentionally co-mingled with genetically engineering seed or food.

The Grocery Manufacturers’ Association (GMA), a major U.S. industry association that is against the individual state laws regarding GMO labeling, supports the HR 4432 Safe and Accurate Food Labeling Act introduced by the House of Representatives’ Mike Pompeo and G. K. Butterfield. This proposed law would not require products with GMO ingredients to be labelled as such, unless there are safety issues or substantial differences between them and the non-GMO ingredient, but it will set specific requirements for GMO free claims and require FDA to develop requirements for Natural claims. While this law was introduced into Congress in April 2014, it hasn’t progressed to the point that anyone believes that it will signed into law anytime soon. Vermont is still the only state to have passed an unencumbered GMO law. Currently, laws in Maine and Connecticut with there requirements still not met, will not be enacted, at least, at this time. The state of Vermont is being sued with the GMO labeling debate in the U.S. still continuing even though the European Union has required labeling of GMOs since 1997. To date, there are more than 60 countries, as well as the EU, requiring labeling of GMOs.

Want to learn more about GMO Labeling? Register for this complimentary webinar, on April 16, 2015, which will discuss