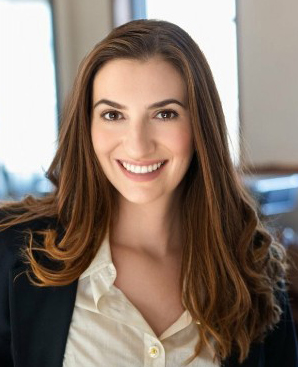 As the world veers on the edge of serious climate trouble, it makes sense for companies to collectively start looking into greener and more efficient alternatives. While research is ongoing, every so often, there’s a win that can make a huge difference if and when it is implemented. That’s precisely what’s happening with cutting-edge frozen food and processing technologies, thanks to scientists from the University of California-Berkeley who conducted a study on the concept with the USDA’s Agricultural Research Service.

It came at just the right time, too, as both freezing foods and standard food processing technologies have a rather large energy footprint, with extensive carbon emissions. Globally, those levels have to come down or the results will be disastrous. This new method, proposed by researchers, could reduce the global energy consumption of the frozen foods industry by up to 6.5 billion kilowatt-hours per year. Just to put that into perspective, it is the equivalent of removing one million cars from the road, and keeping them out of regular operation.

Called isochoric freezing, the method essentially involves placing foods in a sealed and rigid container. The storage container, made of hard plastic or metal, is then filled with liquid—like water—and frozen. The catch is that not all of the liquid in the container is frozen, so the food does not turn to solid ice. Only about 10% of the volume freezes during the process, and as long as the food remains within the hardened ice, crystallization will not happen. In addition, pressure that builds up inside the container naturally prevents the ice from expanding.

Isochoric freezing also has implications for fresh foods that are significantly affected by standard freezing techniques, such as small fruits, vegetables (i.e., tomatoes and potatoes), and even some meats.

The best part is that this method can be deployed “without requiring any significant changes in current frozen food manufacturing equipment and infrastructure,” according to USDA food technologist Cristina Bilbao-Sainz.

Why Is Icochoric Freezing Better?

Freezing foods may be a quick and relatively accessible way to preserve them, but many chemical changes happen during the freezing process as well as when those items thaw. Some foods deteriorate when frozen, just at slower rates. What’s more, depending on when and how you freeze or store those items, the composition may change during the entire process.

Some frozen products may develop a rancid smell or taste, after being oxidized or exposed to air. Others may see texture or size changes, and moisture loss at any time (or poor packaging) can result in freezer burn.

A lot of these same problems do not occur with isochoric freezing because the items are not frozen solid. Even more promising is that the new method also improves the quality of frozen foods, boosts safety, and reduces energy use. And during processing it actually kills microbial contaminants.

“The entire food production chain could use isochoric freezing—everyone from growers to food processors, product producers to wholesalers, to retailers. The process will even work in a person’s freezer at home after they purchase a product—all without requiring any major investments in new equipment,” said said Tara McHugh, co-lead on the study and director of the Western Regional Research Center in a USDA press release. “With all of the many potential benefits, if this innovative concept catches on, it could be the next revolution in freezing foods.”

Boris Rubinsky, a UC-Berkeley biomedical engineer and co-leader of the project, developed the freezing method while trying to cryopreserve tissues and organs that were designated for use during transplants. The goal was to better preserve these items, under more optimized conditions, with a minimal quality loss after thawing.

While this certainly does have major implications for the frozen foods, cold storage, and food processing industries, it can also be used elsewhere. For example, areas like medicine, science, or space travel can all benefit.

It may be some time before the technology is ready, but the research team is now working on developing commercially viable options, to match modern industry needs.

Will It Lower Carbon Emissions?

If the technology, and method, are adopted on a wide scale, it could vastly lower carbon emissions across many fields, and it may even lower emissions of consumer applications, too. Imagine applying isochoric freezing on a smaller scale, at home, to better preserve leftovers, frozen meals, and much more.

Of course, it will be interesting to see major organizations adopt this method, if and when the resources are available. The food processing industry could see revolutionary reductions in carbon emissions and energy consumption in the years ahead.