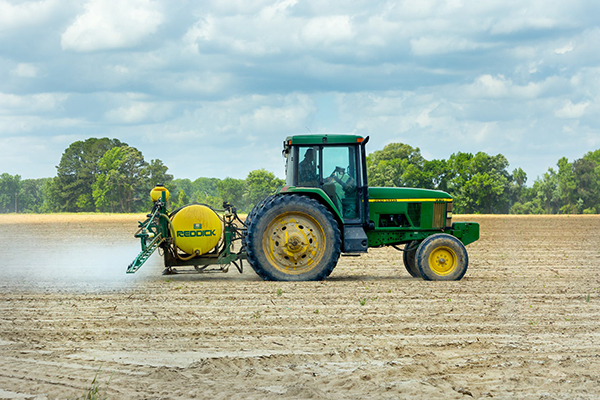 N-nitroso compounds (NOCs), or nitrosamines, have once again made headline news as their occurrence in some pharmaceuticals has led to high profile product recalls in the United States.1 Nitrosamines can be carcinogenic and genotoxic and, in the food industry, can compromise a food product’s quality and safety. One nitrosamine in particular, N-nitrosodimethylamine (NDMA), is a highly potent carcinogen, traces of which are commonly detected in foods and may be used as an indicator compound for the presence of nitrosamines.2

NOCs can potentially make their way into the food chain in a number of ways, including (but not limited to): Via the crop protection products used to maximize agricultural yields; via the sodium and/or potassium salt added to preserve certain meats from bacterial contamination; as a result of the direct-fire drying process in certain foods; and via consumption of nitrates in the diet (present in many vegetables due to natural mineral deposits in the soil), which react with bacteria and acids in the stomach to form nitrosamines.3

The crop protection and food manufacturing industries are focused on ensuring that levels of nitrosamines present in foods are minimal and safe. Detection technology for quantitating the amount of nitrosamines (ppm levels) in a sample had not advanced in nearly 40 years—until recently. Now, a thermal energy analyzer (TEA) —a sensitive and specific detector—is being relied on to provide fast and sensitive analysis for players throughout the food supply chain.

Both NDMA and the nitrosamine N-nitrososodiethylamine (NDEA) have been classified by national and international regulatory authorities as ‘probable human carcinogens’.3 NDMA in particular is by far the most commonly encountered member of this group of compounds.7

In the United States there are limits for NDMA or total nitrosamines in bacon, barley malt, ham and malt beverages, yet there are currently no regulatory limits for N-nitroso compounds (NOC) in foods in the EU.7

Developers of crop protection products are required to verify the absence of nitrosamines or quantify the amount at ppm levels to ensure they are within the accepted guidelines.

The presence of nitrosamines must be traced and risk-managed along the food’s journey from farm to fork. The issue affects testing from the very beginning – particularly at the crop protection stage, which is one of the most highly regulated industries in the world. Without crop protection, food and drink expenditures could increase by up to £70 million per year and 40% of the world’s food would not exist.7

Development of a new crop protection product (herbicide, fungicide, insecticide or seed treatment) involves several steps: Discovery and formulation of the product, trials and field development, toxicology, environmental impacts and final registration. New product registration requires demonstration of safety for all aspects of the environment, the workers, the crops that are being protected and the food that is consumed. This involves comprehensive risk assessments being carried out, based on data from numerous safety studies and an understanding of Good Agricultural Practice (GAP).

One global producer of agrochemicals uses a custom version of the TEA to verify the absence of nitrosamines or quantitate the amount of nitrosamines (ppm levels) in its active ingredients. The LC-TEA enables high selectivity for nitro, nitroso and nitrogen (when operating in nitrogen mode), which allows only the compounds of interest to be seen. Additionally, it provides very high sensitivity (<2pg N/sec Signal to Noise 3:1), meaning it is able to detect compounds of interest at extremely low levels. To gain this high sensitivity and specificity, it relies on a selective thermal cleavage of N-NO bond and detection of the liberated NO radical by the chemiluminescent signal generated by its reaction with ozone.

The customized system also uses a different interface with a furnace, rather than the standard pyrolyser, to allow for the additional energy required and larger diameter tubing for working with a liquid sample rather than gas.

The system allows a company to run five to six times more samples with increased automation. As a direct result, significant productivity gains, reduced maintenance costs and more accurate results can be realized.

Since nitrite was introduced in food preservation in the 1960s, its safety has been debated. The debate continues today, largely because of the benefits of nitrite in food products, particularly processed meats.6 In pork products, such as bacon and cured ham, nitrite is mostly present in the sodium and/or potassium salt added to preserve the meat from bacterial contamination. Although the meat curing process was designed to support preservation without refrigeration, a number of other benefits, such as enhancing color and taste, have since been recognized.

Analytical methods for the determination of N-nitrosamines in foods can differ between volatile and non-volatile compounds. Following extraction, volatile N-nitrosamines can be readily separated by GC using a capillary column and then detected by a TEA detector. The introduction of the TEA offered a new way to determine nitrosamine levels at a time when GC-MS could do so only with difficulty.

A rapid and selective apparent total nitrosamine content (ATNC) food screening method has been developed with a TEA. This has also been validated for the known dietary NOCs of concern. This method, however, is reliant on semi-selective chemical denitrosation reactions and can give false positives. The results can only be considered as a potential indicator rather than definitive proof of NOC presence.

In tests, approximately half (36 out of 63) samples returned a positive ATNC result. Further analysis of these samples by GC-MS/MS detected volatile nitrosamine contamination in two of 25 samples.

A key role of the TEA in this study was to validate the alternative analytical method of GC-MS/MS. After validation of the technique by TEA, GC-MS/MS has been proven to be highly sensitive and selective for this type of testing.

The Future of Nitrosamine Testing

Many countries have published data showing that toxicological risk from preformed NOCs was no longer considered an area for concern. Possible risks may come from the unintentional addition or contamination of foods with NOCs precursors such as nitrite and from endogenous formation of NOCs and more research is being done in this area.

Research and innovation are the foundations of a competitive food industry. Research in the plant protection industry is driven by farming and the food chain’s demand for greater efficiency and safer products. Because the amount of nitrosamines in food that results in health effects in humans is still unknown, there is scope for research into the chemical formation and transportation of nitrosamines, their occurrence and their impact on our health. Newer chromatographic techniques are only just being applied in this area and could greatly benefit the quantification of nitrosamines. It is essential that these new approaches to quality and validation are applied throughout the food chain.