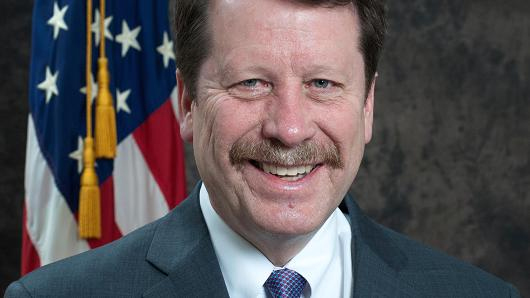 Cardiologist and former medical researcher Robert Califf, M.D. has been nominated as the next commissioner of FDA by President Obama. Coming from Duke University, Califf joined FDA earlier this year as the deputy commissioner for medical products and tobacco. He would replace Stephen Ostroff, M.D., FDA’s acting commissioner since Margaret Hamburg’s departure in March. The Senate must confirm the nomination, but opposition is not anticipated.

Califf clearly has a solid background in the medical field. His nomination comes at a time when FDA is undertaking significant issues right now, as it continues to manage the Affordable Care Act, the recently passed 21st Century Cures Act, concerns in tobacco regulation, and prepares for the implementation of FSMA. 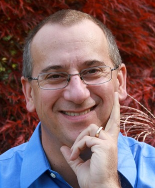 Some of the most boring press conferences are when coaches face the press after a game. Most of the questions coming from the press corps are not well thought out. It’s like they are just asking questions just because they can. While the coaches are required to be accessible to the press, I appreciate it when they put some personality and thought into their answers. One time, former Chicago Bears coach Mike Dikta confronted a reporter with “What’s the difference between a three-week-old puppy and a sportswriter? In six weeks, the puppy stops whining.”

The reason some of us watch these press conferences is for the remote possibility the coach actually says something interesting or even better, when they break down under the weight of all the really stupid questions. There was a Coors Light commercial series with coaches completely losing it. Football fans might remember former Indianapolis Colts coach Jim Mora whining “Playoffs?”  See video

Bill Parcells, former head coach of the New York Giants was classic. Parcells had no patience for stupidity and used to yell at reporters, “That’s a really stupid question. Next question!”

The first rule proposed would require makers of food to be sold in the United States, whether produced at a foreign- or domestic-based facility, to develop a formal plan for preventing their food products from causing foodborne illness. The rule would also require them to have plans for correcting any problems that arise. A.K.A. HACCP.

We are now in a 120-day review period for the two proposed rules. Taylor said, it typically takes the agency about a year to review the comments and issue the final rule.  So, we are looking at HACCP being the law of the land in all segments of the food industry in 2014.

The question food companies need to ask is not what will FDA’s HACCP rule look like in 2014, but how good is our HACCP plan now? Hamburg said the preventive controls rule is basic common sense food safety. Use 2013 as the year to revisit your HACCP plan. When was it last revised? What type of records are you keeping? Simply, if you have a good HACCP plan in place now, regulatory compliance should not be difficult.

In the press conference, Hamburg said that additional rules to follow soon include new responsibilities for importers to verify that food products grown or processed overseas are as safe as domestically-produced food, and accreditation standards to strengthen the quality of third-party food safety audits overseas.

Unlike many coaches after a game, Hamburg and Taylor did a good job communicating their points. However, it was the consumer press with their questions that brought to mind how well composed Hamburg and Taylor stayed handling questions such as “How many foodborne illnesses will be prevented if these rules are carried out,” “How much does this cost,” and the best one, “How will FDA make sure farms will prevent wildlife from contaminating fields?” They remained cool and politely answered the questions. I guess they have more patience than me.

That last question made me think, how would Bill Parcells answer that? Picture this old grouchy guy who doesn’t care what anybody thinks of him rephrasing the question: “You want me to tell you how my agency will make sure farms are preventing wildlife from walking through or flying over the fields?? Next question!”