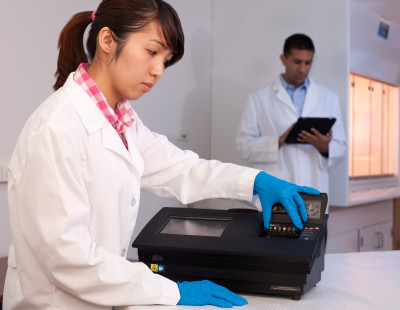 The length and complexity of the seafood supply chain has created an ideal environment for fueling the mislabeling of the world’s most highly traded food commodity. Considering 91% of all seafood consumed in the United States imported, the ethical and economic impact of seafood mislabeling is enormous. While increased demand is putting pressure on the seafood industry, federal agencies are laying the groundwork to aggressively attack the rampant mislabeling problem.

“Illegal unregulated and unreported fishing is a huge global phenomenon that distorts markets and skews estimates of fish abundance,” said Kimberly Warner, PhD, senior scientist at Oceana, during a recent webinar on food fraud. The goal is to achieve complete transparency and traceability, keeping the “who, what, when, where, and how” with the fish. “Right now when fish are landed, they are required in the United States to list the species, where it was caught, [and] how it was caught. But that information is not following seafood through the supply chain.”

Simply put, seafood fraud is as any illegal activity that misrepresents the seafood one buys. According to Oceana, this can include not disclosing the real name of the fish or its origin, not providing an accurate weight, adding water or breadcrumbs, not declaring the presence of additives, or selling “fresh” fish that was previously frozen.

There are several motivations behind seafood fraud, says Warner. Some businesses want to increase profits and avoid profits; others want to hide illegally caught seafood or engage in trading endangered or threatened species, or mask seafood hazards; and some companies are just ignorant to the requirements of seafood labeling.

The lack of reliable and trustworthy information poses a challenge to consumers who want to make informed decisions when purchasing seafood. While proactive consumers use guides such as  “Seafood Watch”, a program offered by the by Monterey Bay Aquarium, in many cases they still do not have enough information to make a decision with complete confidence.

Last month the Presidential Task Force on Combating Illegal, Unreported, and Unregulated Fishing and Seafood Fraud released its final recommendations for creating a risk-based traceability program that tracks seafood from harvest to entry into U.S. commerce. The ambitious action plan seeks to tackle the following goals:

Key dates on the plan’s timeline include identifying the minimum types of information and operational standards by June 30, which will be followed by a 30-day comment period; engaging the public on principles used to define “at risk” species by July and releasing final principles and “at risk” species by October 2015; and building international capacity to manage fisheries and eliminate IUU fishing, with an interagency working group developing an action plan by April 2016.

How can consumers protect themselves?

Warner’s advice: Ask the folks behind the seafood counter where they purchase their seafood from and whether it is farmed or fresh. If you can, buy the whole fish, because it’s harder to disguise when whole. And finally, if the price is too good to be true, it probably is. “Expect to pay more for wildly caught, responsibly fished seafood,” she said.