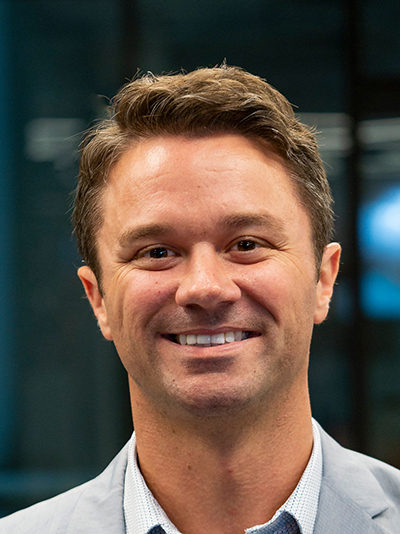 As we look back on the history of food safety in the United States, it is easy to take pride in how far we have come—from disparate, state-specific food laws with no interstate oversight, to highly codified regulations such as FSMA, food and consumer safety has evolved a great deal since the passage of the Pure Food and Drug Act in June of 1906. However, despite our advancements, we see evidence of significant gaps that currently exist and must be addressed to improve safety and save lives moving forward, no different than what occurred in the time leading up to the initial Act.

Revisionist history will tell us that the consumers’ outcry due to the publication of Sinclair’s The Jungle, coupled with Roosevelt’s disgust after reading the novel, is what ultimately led to the passage of the Act. What has not changed in 115 years is that one book does not yield the power to force the hand of what is largely a deadlocked U.S. Legislature. What moves us from an emotional standpoint often does not translate into real change, and the Pure Food and Drug Act was no exception.

By many accounts the largest proponent of the Act, sometimes referred to as the Wiley Act, was Harvey Wiley, son of an Indiana preacher and former professor at Purdue University. Wiley spent much of his time at Purdue studying the chemistry of sugar and was particularly interested in sugar and other foods’ adulteration. He took on the burden of challenging the food system and improving the safety of consumer products. Wiley is known for his work on “The Poison Squad,” but also was a budding food safety poet:

“We cannot help asking “What’s in it? Oh, maybe this bread contains alum and chalk, Or sawdust chopped up very fine, Or gypsum in powder about which they talk”.1

Despite Wiley’s significant studies and subsequent passion for food safety that he brought to the U.S. Bureau of Chemistry, little was done to advance the status of food safety in the United States. Many bills were attempted, but like today, a bill introduced and backed with fervor in the House did not reach a meaningful Senate vote and vice versa—politics was politics. When McKinley was shot and subsequently died, leaving Theodore Roosevelt to take the helm, Wiley caught the break he needed. Roosevelt had been convinced he had been a victim of the “Embalmed Beef Scandal” while serving in the Spanish American War and had a rather progressive agenda that fit well with Wiley’s evangelization of food safety.2

Flash forward to 1906, Sinclair’s book is published, everyone loses it on the atrocities that exist in food production, including the President. We romanticize that this led to the passing of the Act and future development of what was to become the Food and Drug Administration. In addition to the Act, companion legislation, The Meat Inspection Act of 1906 that would later give rise to the FSIS, was also on the docket for 1906, signaling imminent changes for meat producers. Sure, a role was played by the tale of Jurgis and Elzbieta (the main characters in The Jungle), but more than 25 years of reports and proposed reforms are what lead to significant legislation, and this is the case with the Pure Food and Drug Act—1906 was just the year it all came together.

At the same time, industry had come around. While they had vehemently opposed to earlier iterations of what was deemed over-regulation, they had come to grips with the reality—change was necessary. What their stalling of the bills did, as it does for industries of all makes and models today, is buy them time to adjust. Changes, such as replacing flour laced with sawdust with the real thing, takes changes in processes, personnel, and ultimately money. The industry needed to plan financially prior to enacting and, more importantly, embracing changes. Unlike FSMA, which was rolled out in phases over a decade, early legislation was far less comprehensive and did not account for the impact on firms of various sizes.

Back to the original points, look how far we have come. Sure, the political landscape is seemingly murky, but it has been for centuries. What binds us all together, and ultimately moves us forward is our collective effort toward continuous improvement. In the spirit of Harvey Wiley, we strive to move forward as lawmakers, food producers and consumers. An unhealthy consumer is indeed bad for business for us all. As was stated during the arguments in the Senate in 1906 by Senator Porter McCumber:

Quotes like this should give us direction—it has been and will be the backdrop of our cause for food safety and overt disease prevention. The same mantras from 1906 that guided our first piece of food safety legislation are still relevant; we need profound, driven, bold thinkers today just as we did then.

What also remains is the fact that we are still largely siloed, we have macro-level deficiencies as a result of our micro-level programs. An example of our delay, that is the public need is outpacing our industry standards, is our unwillingness to share food safety data. Traceability initiatives and FDA guidance are moving this forward, but the implications will not be felt overnight, just as Sinclair’s book did not change policy overnight. Another area where our lack of system and big-picture thinking impacts our consumers negatively is with the myriad versions, some dating back to 2000 (MS-DOS, anyone?), of Food Code that are adopted by our individual States for retail and foodservice settings. Lastly, the existence of food desserts and larger issue of food insecurity is a macro issue that we deal with (or ignore) on a micro level.

As it was during the stalemate legislative sessions around the turn of the 20th century, it takes all stakeholders to move the status quo forward, not just those with the end vote. Consumers, regulators, and industry must remember our collective drivers and be willing to share best practices, propel continuous improvement, and, yes, accept increased regulation in order to move the bar forward if necessary. 115 years post-Pure Food and Drug Act, we have evolved, 10 years post-FSMA, we have evolved, but we must increase our rate of evolution. We have tremendous, untapped capacity to create significant change and save lives during the technologically advanced, partisan, hyper-politicized, woke, lit, insert adjective here decade that is and will be the roaring 20s v2.0—let’s be sure to take advantage of it.