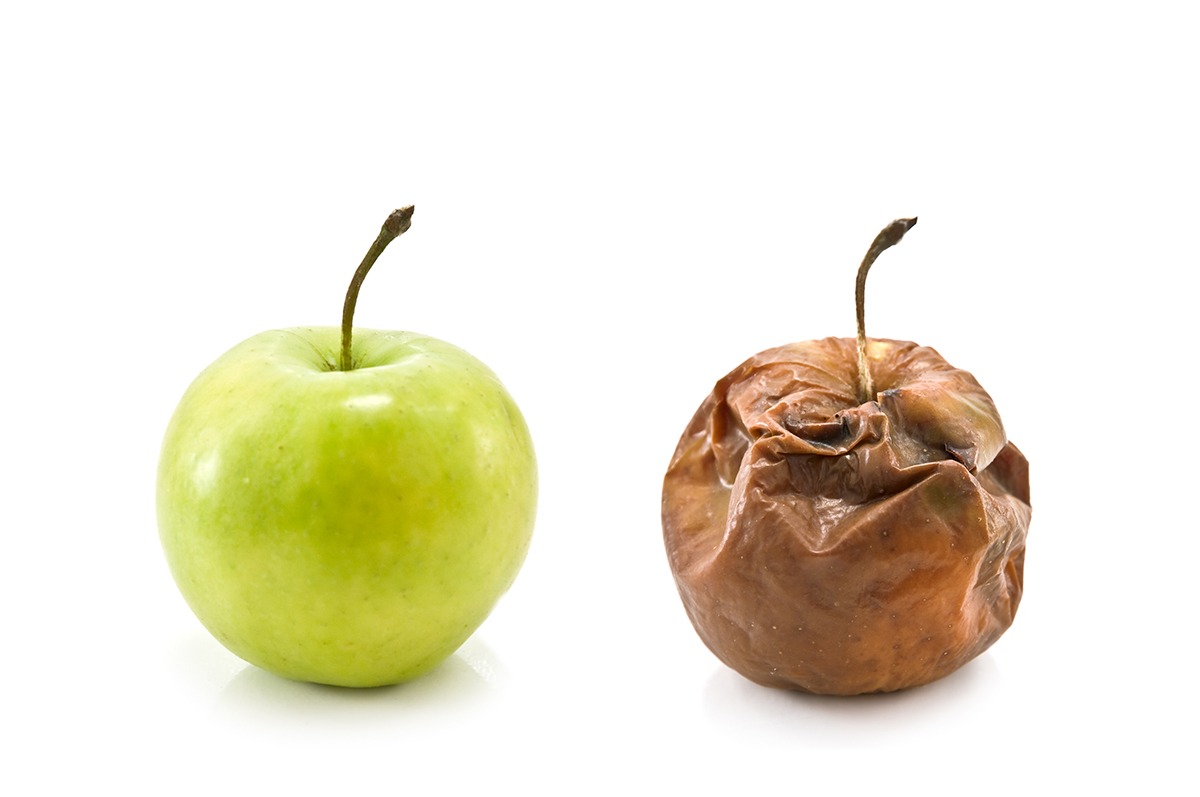 Mycotoxins are produced as secondary metabolites by various mold species during the growth and harvest of grains, fruits, nuts and condiments. Their production is directly related to the dry/wet weather conditions during the growing season. Mycotoxins are very stable compounds and are not easily removed during storage, processing and preparation of raw agricultural commodities.

Different classes of mycotoxins are distinguished on the basis of the structural similarity and originating mold species. For example, more than a dozen different aflatoxin compounds exist but only five of them are routinely tested (aflatoxins B1, B2, G1, G2, and M1). Aflatoxin B1 is of particular interest because it is listed as a Group 1 Carcinogen by the International Agency for Research on Cancer (IARC). Aflatoxin M1 is a metabolic product that can be present in milk upon ingestion of aflatoxin B1 by an animal. Aflatoxins are ubiquitous in important agricultural commodities including maize and peanuts, and are among the most studied mycotoxins.

Deoxynivalenol (DON) is produced by a different fungi species. It is prevalent in cereal crops grown under wet conditions and temperatures above 15o C (60o F). Chronic exposure of livestock to DON may result in slowed growth, impaired immune function and reduced rates of reproduction, particularly in non-ruminants.

Mycotoxins were discovered as the cause of poisoning outbreaks in both humans and farm animals in the mid-20th century. Since then, multiple government regulations were established to control the presence of these toxic compounds in food and feeds. For example, harvested grains are checked for mycotoxin contamination using rapid field screening methods prior to grain deposition into silos. If contamination is found, the crops are sent to an analytical laboratory to perform the confirmation analysis. Liquid chromatographic methods were often used for such analysis with both fluorescence and UV detection. In recent years, mass spectrometry has been employed as a detection method.

When performing analysis, it is important to choose the right sample preparation method to ensure accuracy, sensitivity of detection, repeatability and robustness, as well as fast sample preparation for high throughput. During laboratory analysis of mycotoxins, the sample preparation procedure typically includes extraction, purification and concentration steps.

Extraction of mycotoxins from samples is conducted by mixing the ground sample with the mixture of organic solvent and water, such as acetonitrile:water (80:20). Using methanol is not recommended, because it does not provide complete extraction. Prior to cleanup, the sample is filtered. Historically, mycotoxin analysis required extensive extract cleanup to minimize interference by matrix components. This holds true as new regulations continue to require lower detection limits.

Cleanup methodologies often include the use of phase extraction (SPE). Of the different types of SPE, one of the most common is the use of immunoaffinity sorbents that result in the selective retention and cleanup of mycotoxins. The drawback to using the immunoaffinity sorbents in the lab is that they are not compatible with the mycotoxin extraction solvent. In order to load the extract into the immunoaffinity SPE tube, the extract must be diluted with water, sometimes 20-fold, to prevent precipitation or folding of the protein-based antibodies by exposure to organic solvent. This presents an additional sample preparation challenge, as the grain extracts tend to form precipitates upon the addition of water and can clog the SPE columns. Thus, apart from the high cost of immunoaffinity SPE columns, the methods tend to be labor and timeintensive.

It would be beneficial to a laboratory to eliminate these extra sample preparation steps required by immunoaffinity SPE. Such cleanup SPE procedures are available and can be applied directly to the mycotoxin extracts without the need for further dilution, filtration and evaporation. A line of SPE cartridges for different mycotoxin families was recently introduced to the market. These SPE cartridges are compatible with the extracts generated during mycotoxin extractions and can be stored at room temperature. The tubes can also be used for cleanup of multiple classes of mycotoxins.

Analysis of Aflatoxins and Zearalenone

The following results employed SPE cartridges for mycotoxins that can be used for two aflatoxin classes, aflatoxins and zearalenone, and were applied to the cleanup of grain and peanut extracts. Results were compared to cleanup using immunoaffinity columns.

AflaZea SPE cartridges are based on the “interference removal” strategy that requires fewer processing steps compared to the “bind-and-elute” strategy of the other SPE. Peanut extracts contain not only co-extracted protein and complex carbohydrates but also fat. This extract was successfully cleaned using AflaZea SPE. When the SPE tube and a leading IAC column were applied to the peanut extract, both methods demonstrated good recoveries for spiked aflatoxins B1, B2, G1, G2 with AflaZea recovery values of 101–108% and immunoaffinity recovery values of 79–100%. However, the AflaZea provided better reproducibility for detection with a relative standard deviation (RSD) of 2–4% RSD versus 10–25% RSD with immunoaffinity SPE. This is likely because sample preparation using AflaZea is less tedious and takes one tenth of the time compared to immunoaffinity SPE.

The following compares a new SPE cartridge for the analysis of DON, one of the Fusarium mycotoxins, with immunoaffinity SPE. Analysis of DON often is conducted using liquid chromatography (LC) with UV detection, so sample cleanliness is important to permit the separation of the DON peak from background interferences. The new SPE DON cartridge was compared to the immunoaffinity SPE for the cleanup and analysis of wheat samples. Clean chromatography and good recovery of spiked DON was obtained by both methods (86–97% RSD). However, clogging of the filters by the immunoaffinity SPE sample was observed during cleanup and complicated the sample preparation procedure. The SPE DON cartridge provided faster sample preparation.

Another SPE technology for mycotoxin analysis is based on molecularly imprinted polymers (MIPs), which are sometimes called “chemical antibodies” and mimic the performance of immunoaffinity sorbents. MIPs have binding sites that conform to the shape and functionality of specific compounds or compound classes. Strong binding of the analyte to the MIP makes it possible to perform intensive SPE washes that lead to very clean samples. Unlike immunoaffinity sorbents, MIPs are compatible with organic solvents and strong acids and bases.

Foods containing apples and similar fruits are required to be tested for patulin toxin, as they are the most common source for patulin exposure in humans. The MIP SPE procedure for patulin is faster than other SPE or liquid-liquid extraction methods and provides selective retention and superior cleanup. It is a robust method for analyzing apple juice and apple puree with HPLC-UV detection. After cleanup, patulin is quantified in apple puree at 10 ppb levels, which meet most regulatory requirements. The MIP SPE cleanup method eliminated 5-(hydroxymethyl)furfural (HMF) from the matrix, which sometimes appears as an interfering chromatographic peak when other sample prep methods are used. An SPE wash using sodium bicarbonate removed the interfering organic acids, while patulin was stabilized during elution at the end of the SPE procedure by using acidified solvent. Thus, most problems encountered during patulin analysis were resolved during this single SPE procedure.

As government regulations and consumer demand warrant cleaner, non-contaminated products, mycotoxin analysis will continue to be performed around the world. Careful selection of sample preparation methods is required for such analysis to achieve accurate testing results, best method performance and high laboratory throughput. Although many sample preparation methods exist, laboratories should choose the methods that not only provide adequately prepared samples, but also result in time and cost savings. The SPE technologies discussed in this article are sample preparation techniques that provide the required analytical sensitivity without capital expenditure into higher-end LC-MS equipment; the LC-UV and LC-FL methods can still be used. In addition, these SPE methods are simple, more robust, and less-time consuming compared to other SPE methods or liquid-liquid extraction.

All images courtesy of Sigma Aldrich