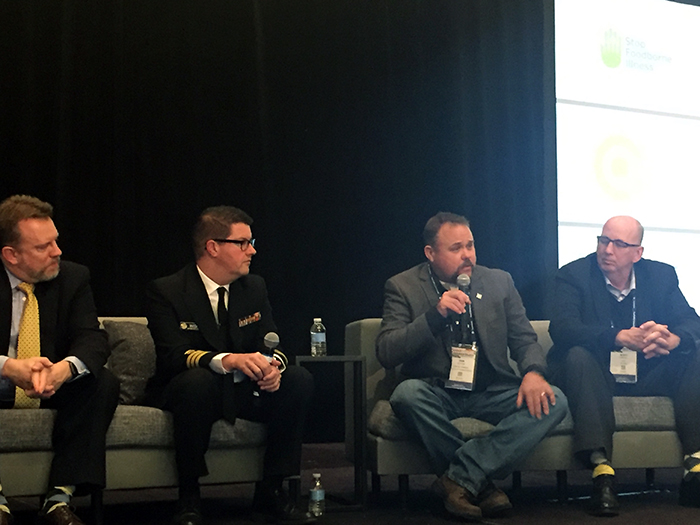 This year’s multistate outbreak of E.coli O157:H7 infections linked to romaine lettuce affected 210 people, killing five. Although the outbreak was officially declared over by the end of June, questions still remain as to the exact source. Given the widespread nature of the outbreak and the speed with which illnesses occurred, there are many lessons to be learned from the case.

During last week’s annual Food Safety Consortium, industry stakeholders from the FDA, CDC and produce associations gathered to discuss agency action upon learning of the outbreak and where there is room for improvement.

The investigation began in April 2018 when the New Jersey Department of Health contacted the CDC about a cluster of E.coli O157:H7 illnesses from people who said they ate salads at various locations of the same restaurant chain. Three days later, the agency was able to confirm eight O157 isolates from six states with the same patterns using PulseNet. And five days after that, the CDC posted a notice on its website about the investigation of 17 cases across seven states.

“We knew right away that this was going to get bad and that it would get bad quickly,” said Matthew Wise, deputy branch chief for outbreak response at the Outbreak Response and Prevention Branch of the CDC. “We saw illnesses ramp up quickly.” He added that the agency saw a lot of illness subclusters, all with romaine lettuce as the common ingredient.

The epidemiological evidence clearly indicated chopped romaine lettuce, and it appeared that all the affected romaine was coming from the Yuma, Arizona growing region, noted Stic Harris, director of the Coordinated Outbreak Response & Evaluation Network at FDA. But then things got even more confusing, as an Alaskan correctional facility was also investigating a cluster of cases. This allowed the agency to trace the source directly back to Harrison Farms as the sole supplier to the correctional facility. However, as the multi-agency investigation continued, they uncovered that the source was not just one farm. “There were three dozen farms in the Yuma region that supplied romaine lettuce,” said Harris, adding that we may never know which exact farm, and even if it was one farm, that was the source of the outbreak.

During June, July and August, the FDA sent a multidisciplinary team of 16-18 people to conduct an environmental assessment of the affected area. Upon taking 111 samples, they found 13 different Shiga toxin-producing E. coli strains, but only three matched the strain of the outbreak. Water from 14 locations, including discharge, reservoir and canal water, was also tested. The environmental assessment found pervasive contamination in the water. But here was the big problem, said Harris: “There was no smoking gun. We don’t know how the E.coli got into the water, and we don’t know how the water got onto the lettuce.” He added that additional research is needed, and that government and non-government work must continue to identify the source.

There are several challenges associated with the complexity of this type of produce outbreak, said Harris and Wise:

Scott Horsfall, CEO, California Leafy Green Products Handler Marketing Agreement, chimed in on the challenges posed by the complexity of the outbreak. “If you compare these numbers with the 2016 spinach outbreak…they’re very similar [in the] total number of illnesses [and] number of states involved. But in [the spinach outbreak], it led to a specific farm. What we saw this time was very different.”

One of the large successes in dealing with the outbreak is that the agencies issued public warnings quickly, said Wise. The produce industry also came together to form the Leafy Greens Food Safety Task Force. In addition, FDA is expanding its sampling for the coming harvests, according to Harris. “I think that in terms of the speed of the environmental assessment, we need to be quicker with that. We apparently hadn’t done one in quite a long time at FDA,” he said.

Harris and Wise also stressed that for industry to work more effectively together, they need to work with the FDA and CDC before there is an outbreak.

“This outbreak was a frustrating experience for all of us,” said Horsfall. “We have to communicate more and better when we can. And as an industry, stop these outbreaks from happening.”