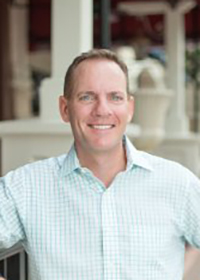 If there is one ingredient that contributes the most to a successful food safety team and culture, it’s the senior-most food safety officer taking full responsibility for the recruitment and on-boarding of each of its team members.

“Isn’t that what our internal recruiter is supposed to take care of?”

As an executive recruiter who is asked to transform food safety teams through new hires, I can say with 100% conviction that the answer is NO.

It’s your job as a food safety leader to make sure every step of the recruitment and on-boarding process, from the first connection with the potential candidate all the way through their first review, is performed flawlessly.

The following are some key benchmarks of a well-executed recruitment process.

What happens when YOU don’t take ownership of the candidate and new hire experience?

Bob Pudlock will be moderating the panel discussion, “Food Safety Leadership: Earning Respect”, at the 2019 Food Safety Consortium | October 1–3 | Schaumburg, ILWhen asked to describe why they left a role after less than six months, the most often heard reply is that the food safety leadership and/or recruiter promised something during the interview process and once on board, everything changed.

Another complaint that arises is that elements of relocation packages, sign-on bonuses, on-boarding and training are either not executed or not coordinated with what was promised during the interview process.

In the food safety space, an oft-held complaint is that the confidence and conviction of food safety leadership during the interview process disappears when the new hire arrives; the new hire experiences a lack of respect shown to food safety personnel, and their leadership team retreats in the background and doesn’t provide cover for the on-the-ground team.

It’s unfortunate but true—a misstep in the recruiting and on-boarding process in an otherwise flawlessly executed hiring process can have drastic consequences on a new hire’s experience.

Imagine a meal at a five-star restaurant with family and friends that goes off flawlessly, only to find out the next morning that half your guests are in the emergency room with food poisoning.

It’s no different when a new hire’s on-boarding experience destroys the goodwill that was created during the hiring process.

In talent acquisition, a flawlessly executed hiring process, followed by an on-boarding experience that aligns with what the new hire was promised during the interview process is the key to future employee referrals—no area of a food or beverage company needs more strong employee referrals than food safety.

It’s also a big part of why food safety staff can act with confidence in calling out protocol violations or unsafe practices that play out in facilities or with suppliers. When trust and goodwill with senior food safety leadership is in place, the food safety team can do their job knowing their boss has their back.