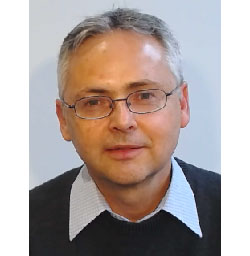 Islam is the second-largest religion in the world, and growing fast. A Pew Forum report forecasts that Muslims will comprise 26.4% of the world population by 2030, and the majority of Muslims strictly adhere to the rules of halal. Studies have suggested that these factors will bring immense business opportunities for industries where halal manufacturing is relevant. A report by the Organization of the Islamic Cooperation (OIC) calculates the global market of halal products to currently stand at $2.3 trillion U.S. annually, of which food comprises 67%, pharmaceuticals 22% and cosmetics and perfumes 11%. Halal certification proves that a manufacturer has fully implemented halal practices at a facility. However, there is a hidden risk: non-halal materials can be carried into production areas via culture media. This can negatively impact halal certification.

Dr. Bubert: Culture media are widely used in the food, pharmaceutical, beverage and cosmetics industries for quality control of samples before market release as well as for environmental control, or hygiene testing, of the production areas.

Such culture media are often complex mixtures of ingredients. They are rich in nutrients and contain water-soluble extracts of plant or animal tissue, for example enzymatically digested animal proteins such as peptone and tryptone. These protein hydrolysates are excellent natural sources of amino acids, peptides and proteins in growth media. They are the most important source of nitrogenous nutrients and most often obtained by enzymatic digestion or acid hydrolysis of natural products such as animal tissues, milk and plants. The number of available protein hydrolysates, also called peptones, is enormous. They can promote and sustain the growth of most common microorganisms. For enzymatic digestion, papain, pepsin, trypsin or a mixture of enzymes of the pancreatic juice are typically used. A very common source of pancreatic juice and pancreas-derived enzymes is swine pancreas.

Peptone-containing media are primarily made of animal and non-animal origin materials but are nevertheless usually non-halal. If, for example, peptone made from casein or soy is treated in an early processing step with enzymes that are extracted from swine pancreas, the whole culture medium is considered to be non-halal. Culture media with ingredients of porcine origin or processed with porcine enzymes and intended for hygiene testing or aseptic process simulations can therefore carry non-halal ingredients into halal-certified production areas.

Even if the formulation looks to be completely halal on the ingredient list, the culture medium may not be halal because it is produced where non-halal media also are. This results in commingled contamination.

Regulatory standards usually stipulate only the origin of the peptone itself for culture media formulations, whether it is sourced, for example, from casein, meat or soy—not the origin of the enzyme to process the peptone. Therefore, culture media manufacturers are not obliged to provide this information in accompanying product literature such as technical data sheets, certificates of analysis or safety data sheets. Some culture media manufacturers provide this information to customers on request. So there is a hidden risk for end-users that non-halal contamination is carried into the production area via culture media.

Which kind of culture media need to be halal?

Dr. Bubert: Culture media used for quality control do not need to be halal-certified because they do not contact the end product. They are only considered for special reasons, for example if the lab personnel wishes not to handle porcine ingredient media, or if the QC lab is very close to the halal production areas. Typically, halal certification organizations do not require QC labs to use halal-certified culture media for release testing of halal products to the market.

But for hygiene control, halal culture media are necessary, especially for surface monitoring to determine the level of microbial contamination. Such media come in specific formats, for example contact plates, dip slides or swabs, that facilitate easy contact with production equipment.

Halal culture media are also considered for microbial air monitoring, during which they are introduced into the production area. However, in the course of this the media do not necessarily get into direct contact with surfaces of production equipment.

Furthermore, using halal culture media for Media Fill tests in aseptic filling lines is also a consideration. Aseptic filling lines need to be regularly tested for sterility. For sterility tests in pharmaceutical facilities that produce vaccines, dialysis reagents or other liquid pharmaceuticals, Tryptic Soy Broth (TSB) is mostly used. In beverage facilities that make soft drinks such as ice teas, isotonics and flavored water, typically also filled under aseptic conditions, Linden Grain medium is the culture medium of choice, especially where acidic beverages with a pH of 4.6 or lower are produced.

If such media are not specially handled in halal-certified areas, this may compromise the status of the whole production facility and thus of all the end products manufactured in it.

Which considerations should be made before using halal-certified culture media?

Dr. Bubert: Halal-certified culture media are relevant to all halal-certified companies that monitor their production facilities for microbiological contamination.

For culture media, many countries also have other regulatory demands such as compliance with ISO, FDA-BAM or other local standards for food, water and cosmetics products or pharmacopoeial standards for pharmaceutical and cosmetics products. So, in addition to halal compliance, media used must also be regulatory compliant with respect to their typical composition, pH—usually after autoclaving—and the quality control procedures as described in the respective standards.

Use of halal-certified culture media in halal-certified production areas of F&B, pharmaceutical and cosmetics production facilities is recommended to avoid difficult discussions with authorities or certifiers about the halal certification status.

Halal certification for culture media products used for environmental monitoring is not only needed by various industries in Islamic countries but also where a significant percentage of the population is Muslim, as well as by companies that export halal-certified end products to Islamic countries.

Companies that produce halal-certified products should look closely into the halal-compliance of the culture media they use to avoid compromising the status of the whole production facility and thus of all the end products it manufactures. On the other hand, halal certification can boost sales if the product carries a halal logo. It also improves a business’s image and reputation, especially in countries with a larger Muslim population.

You can find halal-certified culture media and learn more about this topic at Merck KGaA, Darmstadt, Germany. 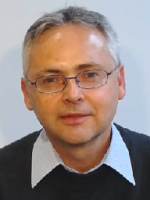 Dr. Andreas Bubert is the senior global product manager of culture media at Merck KGaA, Life Science, Darmstadt, Germany. Dr. Bubert has a Ph.D. in molecular microbiology and more than 20 years’ experience in the food and beverage industry at Merck KgaA. He is a member of AOAC RI Advisory Council, German VAAM and has authored over 40 publications.