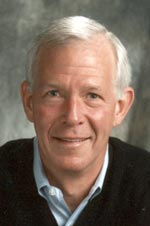 With public concern about food safety growing, and the increasing globalization of the food supply chain, it is a critical and challenging time in the food microbiology diagnostics business. There are a number of dynamics at play that present both opportunities and minefields for players in this field. As in any market, those well informed and positioned will benefit.

Food safety testing at food processing facilities around the world is increasing for a number of reasons. Public concern is a key driver, and every time the public reads about another food recall, the concern grows. Active media coverage of food safety issues is a prime catalyst.

Also driving growth in food safety test volumes are increasing regulations in many countries and regions. The Food Safety Modernization Act (FSMA) in the U. S., and a heightened food safety action plan for China are just two examples, albeit critical ones given the volume of food production in the two countries.

Not surprisingly, food processing companies are proactively increasing testing efforts in order to avoid the huge costs associated with food recalls, to their bottom lines, their brand names, and to avoid litigation.

Growth in food micro testing will not be even across all geographic regions, however. Testing in North America and Asia will grow rapidly but Europe should see slower growth.

2. Growing use of rapid microbial methods:

Thirty years ago, all microbiology testing utilized traditional methods for analysis. Beginning in 1980, newer microbiology methods have been introduced that are easier to use and faster, and as a result, more cost effective overall.

Many food plants have embraced rapid microbial methods (RMMs) as the best way to meet their increased testing needs, but not uniformly across all geographies. While the use of RMMs is increasing everywhere, it’s quite striking how different the regions are in the level of their adoption of RMMs.

As food micro testing increases, there are a number of factors driving the analysis of those tests out of food plants and into contract testing laboratories.

In today’s world, running a food plant lab requires significant expertise, documentation, and investment. More and more food plants are finding the effort and investment prohibitive and outside the food plant’s core competencies. With many contract labs located near to food factories, they have been able to provide excellent service and value to food companies.

Contract labs have also been willing to take on the increasing expectation that food testing laboratories be accredited. This alone has been a tipping point for many food companies in letting go of their food plant labs.

Environmental testing is done by many food plants to validate their factory is under control. In the US, the evolving FSMA regulation will impact environmental testing. In fact, FSMA will require the 80 percent of US food plants governed by the FDA to have FSMA versions of HACCP plans, and to document that these food safety plans are actually working.

Salmonella is a major pathogen of concern. By SCI’s research, it is the most frequently tested pathogen, yet it still has not met the CDC’s target guidelines. While outbreaks of other major pathogens have been reduced, Salmonella has remained stubbornly at historic levels.

In addition to recent high profile outbreaks and recalls, there is also the growing concern about antibiotic resistant Salmonella strains. At some point it is seems likely that Salmonella, or at least some serotypes of Salmonella, will be treated in the same manner as E. coli O157, that is, as an adulterant, and as such, not acceptable at any level in food. For all of these reasons and more, Salmonella will factor more heavily in food safety discussions going forward.

SCI’s food microbiology research reports are based on extensive interviews with QA/QC managers in food processing facilities around the world, and one-on-one discussions with food safety experts from academia, government and industry, as well as diagnostic test manufacturers. For more information click here.