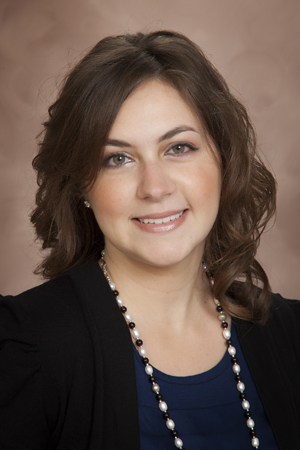 When it comes to educating consumers, the process of building trust goes beyond providing research and scientific information. Consumers respond to having connections and shared values related to food safety, the treatment of animals, and nutrition. However, today’s crowd-sourcing environment has served to both enlighten and distribute information that isn’t always fully understood by consumers.

As food companies are facing increasing pressure for transparency, they’re grappling with more effective ways to communicate what’s in their products. “That’s a healthy part of the marketplace, and there’s nothing wrong with food companies responding to consumer demands,” says Jayson Lusk, Regents Professor and Willard Sparks Endowed Chair in the Department of Agricultural Economics at Oklahoma State University. In many cases, when companies provide more information about certain ingredients, it puts them in a difficult position. “Often, many consumers are not in a position to evaluate or understand why an ingredient is used or evaluate the safety risks, so there are all kinds of biases that consumers have; [for example,] if it sounds like a chemical name, it must be deadly. There are all kinds of misinformation on the Internet about various food ingredients that consumers have easy access to.”

Just giving stats and scientific information isn’t always the most effective route. “People don’t tend to respond to just scientific information. That’s unfortunate,” says Lusk. “The research shows people are more persuaded by stories, by a better understanding of why farmers or food processors might be interested in using a particular ingredient.”

Issues surrounding artificial additives, antibiotics and GMOs are particularly contentious, and marketing and advertising play a big role in shaping public perception. Take, for example, gluten-free orange juice. Most natural juices (not juice drinks) are free of gluten, but labeling them as such opens the door to new markets (or maybe it just confuses people more). “One of the big challenges for a lot of food companies, especially big companies that have multiple brands appealing to different segments, is that on the one hand, they defend the use of certain ingredients [for example, genetically modified organisms],” says Lusk. “At the same time, they offer brands that make claims that say they don’t have those ingredients and make all efforts to make sure we aren’t selling you these things.”

This dichotomy can be perceived as a lack of integrity, because it undermines the message of trust that food companies want to convey to the market. Companies need to explain why they’re using certain ingredients in a product and the impact it has on safety and nutrition. And consumers need to understand that either the addition of or absence of certain ingredients can lead to higher prices. Many consumers are willing to pay a premium for products that are labeled as organic or non-GMO, but many consumers still want food to be affordable.

This year companies are being particularly aggressive in announcing their moves to remove additives or antibiotics, or provide GMO-free menus, but the question remains as to whether this will have a positive impact on the bottom line, as well as whether consumers really understand the implications. In April, Chipotle publicized that it was the first U.S. restaurant chain to use only non-GMO ingredients. However, if you read the fine print, you’ll learn that its tortillas still use additives, and the soft drinks that the chain sells may contain sweeteners from GMO corn. Panera stated its plans for removing artificial additives from its menus by the end of 2016. Kraft’s famous Macaroni & Cheese will no longer have that eerie glow, as the company is nixing artificial flavors and dyes, including Yellow No. 5 and 6. Walmart just voiced its new position on responsible use of antibiotics in farm animals, and so did President Obama—at least in Federal cafeterias.

And in an effort to put the kibosh on the “big is bad” mentality, Hormel has put down $775 million to pick up Applegate Farms, a producer of organic meats. Rest assured, as Applegate tells its irate consumers on its Facebook page, its products will “continue to work toward transparency in labeling” and its “standards and products won’t be changed”. Applegate is doing the right thing. It is engaging with consumers, whether or not it likes what they have to say, and it’s doing so in a non-defensive way.

Beyond this, companies need to really study their consumers, understand their patterns, and learn how to educate them in a meaningful way—beyond a simple label.

I try to avoid food with a lot of extra…crap. But sometimes I’m just too tired (or hungry) to pay attention to every detail on the label. And sometimes I eat that red velvet cupcake at a party and, after examining my florescent tongue in the bathroom mirror, I think, shoot—how much dye was in that??? And maybe I like the idea of slicing an apple that doesn’t turn brown. Then again…maybe I don’t.

Truth is, I’m just not sure yet.