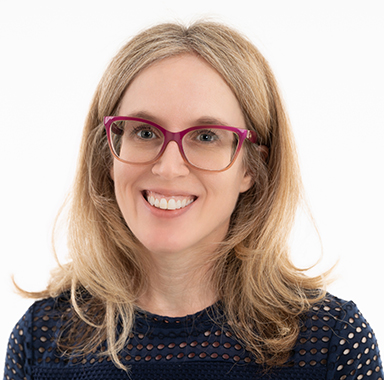 The FDA continues to make revisions and improvements to its Produce Safety Rule, with input from various stakeholders. One thing that is a constant drumbeat is that food growers and manufacturers need to do a better job of keeping consumers safe from foodborne illness arising from produce that was traditionally thought of by consumers as safe to eat (think spinach, romaine lettuce and red onions). Through the produce regulations (21 CFR 112.1-112.213), the FDA is attempting to come to grips with the seemingly endless parade of produce-based outbreaks, arming the food industry with an additional weapon for use in the constant battle with foodborne illness.

The regulations, broadly speaking, require farms of a certain size to develop processes relating to employee hygiene and training, agricultural water, biological soil amendments (compost, manure and the like), and buildings and equipment to decrease the risk of contamination of produce during growing, harvesting, packing and holding. But what does that mean for food manufacturers?

Subscribe to the Food Safety Tech weekly newsletter to stay up-to-date on the latest news and information on food safety.

One way to understand the regulations is to consider them in the context of a dish that seems to be increasingly popular in restaurants: the beet salad. Starting with the beets, the regulations do not apply to them. Why? Because the regulations don’t apply to produce that is rarely consumed raw. The FDA has provided an exhaustive list of this kind of produce and beets are, not surprisingly, on that list.

But what about the rest of the salad. Typical beet salads often contain leafy greens like spinach and arugula, and other produce such as carrots and avocado. With the produce regulations in place, food manufacturers should expect, and even demand, a greater level of safety and accountability from their suppliers with respect to these kinds of produce. All of these salad ingredients are considered covered produce under the act. But even though the regulations cover these ingredients, whether they provide food manufacturers with greater guarantees of safety and accountability really depends on who is growing, harvesting, packing and holding the produce before it reaches the manufacturing facility.

Broadly speaking, the regulations only apply to farms, which are generally defined as those establishments that grow and harvest the produce. Facilities that pack and hold produce must also follow the new regulations if they are majority owned by a farm that grows and harvests the produce. Non-farm packing and holding facilities can choose between following the new regulations or following current good manufacturing practices generally applicable to all foods (you can find these practices at 21 CFR 117). Establishments that only hold or transport produce are not required to follow either regulation.

What’s more, not all farms are covered under the new regulations. Farms that on average sell less than $25,000 per year of produce, adjusted for inflation with 2011 as the baseline year, are not covered by the regulations at all. And farms that sell an average of less than $500,000 of food each year, adjusted for inflation, may seek an exemption from the regulations if the amount of food they sell each year direct to consumers—or to restaurants and retail establishments within the same state or less than 275 miles away—exceeds the amount of all other food sales. That means the smaller and more local the farms a manufacturer sources from, the less likely it is that the manufacturer must follow the new regulations. It also means that if produce is packaged and held by a middleman, that middleman may not have to follow the new regulations either.

How To Mitigate Risk When Sourcing Produce

How does a food manufacturer then develop the knowledge necessary to have some power over what enters its facility and what risks to accept in sourcing produce? Well, if produce comes directly from a farm covered under the new regulations, the manufacturer should make sure that its supply contract requires the farm to provide regular certification that its produce has been grown, harvested, packed and held in compliance with the regulations. The same goes for produce coming from a packing and holding facility that is majority farm-owned. But even if the produce comes from a non-farm packing and holding facility, manufacturers can seek reassurance of safety in several ways.

Even if produce comes from non-covered or exempt farms, manufacturers may still consider asking the farm to follow basic practices that mitigate the risk of contamination. Although the produce regulations include certain larger-scale, and costly, measures, they also include some simple requirements that even small farms can implement cost-effectively.

Question manufacturers should consider include: Has a company representative visited the farm that grows its produce? If it has, did workers have access to bathrooms or handwashing facilities? How clean was the area where the workers sort and pack the produce?

Depending on the amount of bargaining power a manufacturer has, it might be able to convince the grower to install portable toilets or handwashing stations, or to clean up its sorting area. Even installing signs that instruct workers to wash their hands or report to a supervisor if they are sick, can go a long way toward mitigating the risk of contamination.

At minimum, manufacturers should keep good records showing who grew, harvested, packed and held their produce, so that in the event of an outbreak of a foodborne illness, they can provide FDA with essential information to help determine the source. Manufacturers should also ensure that their supply contracts contain provisions requiring suppliers to notify them promptly whenever the suppliers have reason to suspect that produce may have become contaminated.