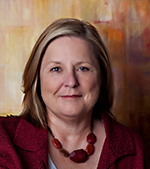 In March, I presented and participated in a session regarding produce safety at The Global Food Safety Conference in Houston. In April, I was the keynote speaker at the BRC conference in Orlando, Florida. I asked: What incentivizes the human spirit and how do we draw on people’s creativity and their ability to have empathy and to solve problems?  Which interventions are more or less likely to stimulate one’s ability to care about food safety as it relates to human beings? Knowledge alone seldom changes behavior. The imagination benefits from stimulation—for example, listening to personal stories. For change to happen, there must be an emotional connection to the idea of achievable outcomes.

This past year we spoke at a large food company. During a pre-call to discuss what the presentation might look like, one man said that nearly 20 years ago, he heard Nancy Donley speak about her son Alex, who died at the age of six from a foodborne illness. He said since that time, he has never looked at food safety the same way, and he takes every single infraction dealing with food safety as a possible consequence for someone’s life. A rational understanding of what a better outcome might look like will often involve a deeper understanding and a connection with an issue and with the individuals related to that issue. Change is difficult. We often don’t learn until we risk collapse or fail. In a moment of crisis, we are presented with a unique opportunity for change. This idea could stand to be finely calibrated, as there are moments that are too painful to activate learning as one struggles with a deep sense of hopelessness, and there are moments when change lies outside the realm of possibilities. An analytic perspective without access to emotional content is unlikely to provide the conditions for change, but a link between the head and the heart may initiate transformation.

I met Will Daniels, formerly of Earthbound Farms after an emotional presentation he made at a conference. He spoke about a young boy who died from the spinach outbreak and he referred to his children of nearly the same age. He also presented the sequence of events that led to and followed the outbreak in a very factual and logical way. This link between his head and his heart delivered a presentation that was impactful, emotional, factual and sincere. A cold analysis of a problem is seldom sufficient, nor is the condition of people when they are stuck in an overwhelming emotional state. The challenge is to find middle ground and put together thinking and feeling in a context where a coherent narrative will be created. For individuals to change their behavior, we must influence not only their environment, but their hearts and their minds. What we do know about change and people’s readiness to change is that it has much to do with timing and ripeness. The crucial question is whether issues are close enough to the surface to break into the public discourse or to have an impact on a system. As a protective mechanism, people resist the pain of engagement and hold onto old assumptions, often adopting a deluded narrative. People may find that blaming others, scapegoating, externalizing the other party, denying the problem, jumping to conclusions, or launching a distracting issue might restore stability and feel less stressful than facing and taking responsibility for a complex challenge.

We often see change in companies and their policies after they have experienced an outbreak, not before. Over the years we have seen this with several companies whose confidence was high prior to an outbreak, as they had never had a problem before and felt as if they were immune. The challenge is to allow for conditions in that there is sufficient pressure to change but there is also a safety net in place. There is a real tension between the pressure to change and the conditions that allow for necessary creativity, flexibility and imagination to get us through a crisis.   Businesses that are transparent in their admittance to a problem often are better able to create change in a safe environment. In other words, “yes, we have a problem and what are we going to do to change course?” Crisis isn’t necessary but in reality, catastrophic events often precede modifications in policy and practice. Creating a head/heart connection during planning and training may deliver a sense of urgency to help individuals remember “the why” behind food safety.

Until we prepare for a future with a sense of urgency and commitment and fully integrate “the why behind food safety”, we will merely repeat errors of the past. It takes courage and true leadership to carry out a vision, a future that doesn’t deny or divorce itself from the past but uses it in such a way that opens the door to progress. We have improved our narratives and are better at risk analysis and detection, and I believe we will continue to improve.