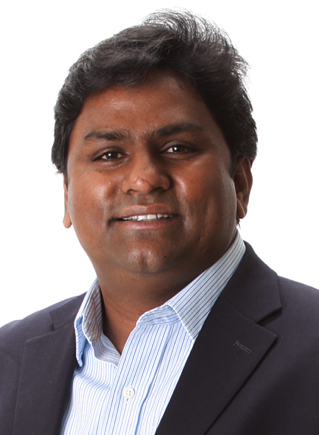 Siragusa/Marshall: Food fraud is rapidly becoming a topic of keen interest in the food production world. How would this technology address the problem?

Siragusa/Marshall: Some practical questions: First, how many target organisms must be in a sample to be detected in a metagenome?

Hasan: Very interesting question. Basically, it is possible to detect as low as 1 to 10 cells of an organism in a specimen (per gram or mL) by metagenomics as long as you sequence your sample deep enough. In general, when using targeted 16S sequencing at a sequencing depth of ~20,000, for a taxonomic unit to show up as a discrete grouping (e.g. genus or species) and appear as a piece of a pie chart diagram requires approximately 103–104 gene copies or roughly 103–104 cells. For metagenomic shotgun sequencing Now, how deep* a sample needs to be sequenced to attain such lower level of detection depends on the sample type, sample size, diversity and richness of underlying microbes associated with it. (* Read Depth (or Sequencing Depth) is the number of times a sequence is determined or read for a single sample or the average number of times that a particular nucleotide is represented in a collection of random raw sequences. A single read can have errors so multiple reads are desired for data quality. Sequencing depth can range from thousands to millions.) For example, soil is a very complex sample type with enormous diversity and richness of both microbes and non-microbial eukaryotes, whereas a fermented food product may be considered as relatively simple sample type as its expected microbial diversity and richness would be much lowerTherefore, to detect a particularly low abundance organism at a level of only 1 to 10 cells amongst a large background of other different bacteria, one will need to perform sequencing at a much deeper level on highly diverse samples (e.g. soil) than  you need for a low diversity sample (e.g. a fermented food product).Additionally, use of pathogen-specific prior DNA isolation and/or use of larger sample size should be considered to increase detection sensitivity.5 (Authors note: we will explore sampling and sample sizes further in a future installment of Food Genomics)

Siragusa/Marshall:  If DNA from dead or lysed bacteria or other organisms is detected, what does that mean in terms of food safety or quality?

Hasan: This is a critical point in food safety or quality point of view. The method is so sensitive that it is likely to detect DNA from dead or lysed organisms, and if detected, we expect their abundance and coverage to be very low as well. However, we are mindful that even low-level presence of some food pathogens can have important food safety or quality implications, therefore, our recommendations is to use microbiological culture to confirm viability when food pathogens are detected, especially at low-level abundance or coverage. Use of RNA isolation and sequencing instead of DNA, pretreatment of samples with a membrane-impermeable reagent like propidium monoazide (PMA), which enables selective amplification of DNA from viable cells, or carrying out multiple metagenomic analyses to measure quantitative changes over time could be used to circumvent this problem.

Siragusa/Marshall:  Will a shotgun approach go beyond the level of the genus or species taxonomic classification?

Hasan:  Oh, yes. Shotgun metagenomics approach not only detects organisms beyond genus or species, but it also readily detects organisms at sub-species and strain level. In many cases it also can detect multiple strains of a species if present in a given sample. We frequently observe detection of multiple strains of a species in fermented food or probiotic samples. In our recent studies on Listeria monocytogenes in the Blue Bell ice cream outbreak and Aeromonas hydrophila in necrotizing, we have demonstrated such capability.5,6

Siragusa/Marshall: For someone to use this technology, what type of sample would they have to obtain? How much sample is needed?  Could it be preserved in ethanol or should it be frozen? If so, at what temperature do you recommend? What is the average TAT (turnaround time) for metagenomics analysis?

Hasan: We always prefer to use fresh food samples for nucleic acid extraction. Typically 100–250 mg of solid or 1–2 mL of liquid food samples yields adequate nucleic acid for next generation sequencing. However, when it is not possible to use fresh samples, freezing and storage at −80 °C should be considered. Ethanol preservation can also be used, and in that case we suggest using > 95% ethanol to allow for more rapid penetration of cellular membranes and deactivation of DNases. However, it is important to remember that ethanol preserved samples often yields lower DNA yield. While we have expedited the turnaround time for sequence data analysis to be done in minutes, the current turnaround times for the entire workflow (sample to report) are 1 to 2 weeks. However, depending on the batch size of the samples and use of integrated workflow, turnaround time is rapidly approaching 48–96 hours.

Siragusa/Marshall: Analytical costs are an obvious consideration for the food industry. Could you share some general ranges of costs for this technology? Do you see prices for metagenomics analysis dropping as sequencing and processor costs fall?

Hasan:  Pricing is dependent on a few factors, such as type of sample, batch size, sample prep difficulty, genome complexity and data analysis package desired. Generally, it ranges from $300 –$1000/sample. We expect the cost of sequencing to drop significantly in the next few years. Coupled with workflow automation and automated user-friendly bioinformatics that we have already developed, I expect this method to be more cost competitive in the coming years.

Siragusa/Marshall: Finally, would you give us your view on how metagenomics will impact food production as a routine tool in the food microbiologist’s toolkit?

Hasan: Long term, as costs come down and the sequencing and analytics capabilities become more portable and cost effective, I think you’ll see metagenomics become the main diagnostic tool for both routine monitoring through the entire food supply chain, food fraud, outbreak trace back and spoilage investigations. In terms of timing, I think we are a few years out for mass adoption, but it will still be less than a decade, and the technology is really coming up quickly! Even today, as you can see from the [previously mentioned] Listeria study, it is possible to fast track Listeria outbreak investigations from weeks to few days using metagenomics. As you can imagine, this sort of technology can and will revolutionize the microbiology of food and food fermentation with lot of new insights enabling critical improvements in manufacturing efficiency, reducing food recalls, wastage, improving shelf life and ultimately providing safer foods, while reducing total costs across the entire food supply chain.

More references can be obtained by emailing the authors or editors.