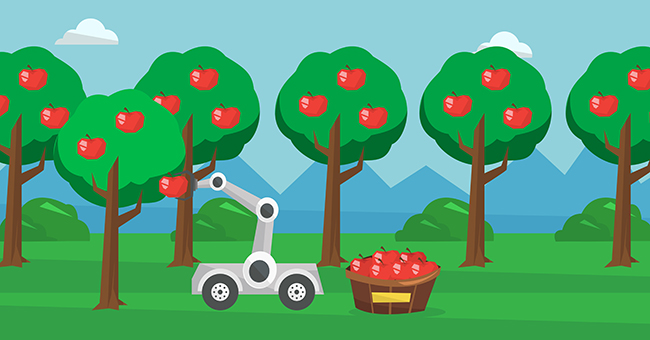 The food industry is behind high tech industries when it comes to automating certain manufacturing and warehousing processes. Although the advantages of using automation technologies can benefit many food companies in the long run, they should also be aware of the potential hurdles before moving forward. “With our growing population, we’re going to have to grow more food with [fewer] resources—automation will enable us to do that,” said Wendy White, project manager, food safety at Georgia Tech during her presentation at the IAFP annual meeting in Louisville, KY. “There are a lot of jobs in our industry that will benefit from automation—I don’t think it will necessarily eliminate jobs; I think it will help eliminate the harshness of some of the repetitive tasks.”

The benefits of automation are clear (especially for processes that involve close precision). Automation technologies can contribute to preventing injuries on the job, promote operational efficiencies, and give companies better access to records and reporting. They also can in turn enable the production of more consistent products, aid in faster product release and lower food costs. The following are the challenges that food companies may face, which include the reproduction of human senses, having the facility footprint that allows for these technologies, expense and complexity, and potential vulnerability to outages and even cybercrimes.

Challenge 1: It’s hard to replicate a human. It’s difficult to replicate any human task that requires thought. “For example, it’s hard for us to understand how many decisions go into picking off an apple from a tree,” said White. “It’s actually extremely hard for a robot to do… we underestimate how many things happen before you pick an apple.” White referred to a project at the Georgia Tech Research Institute’s Food Processing Technology Division that uses cameras to assess characteristics of an apple (i.e., insect intrusion spots, bruises, damage, ripeness, desired color), and integrates different sensing capabilities into a robotic arm. The robotic arm can sense the different gases being produced by the apple and can understand if it is at the peak of its ripeness. Yet, doing this type of work in a lab is very different from operating the robotic arm out in an actual apple orchard, so there is still a lot of work to be done.

Another example is the process of deboning a chicken carcass. “We have to figure out a way to get the bones off faster,” said White, adding that with American consumption of chicken reaching about 92 pounds annually, the poultry industry is trying to keep up. There are safety concerns with deboning, including making sure that a sliver of bone or cartilage is not left on the end product. It’s another task that is not easy for a robot to execute. She discussed current work that is using cameras and x-ray technology to understand the joint location, and from there this information is fed into an algorithm to help the robot make decisions that a trained human would intrinsically make. Once again, it takes a lot of effort for a robot to make those decisions, White pointed out.

Challenge 3: Robot injuries. According to OSHA, about 4,500 injuries occurred in food facilities in 2013, two of which were robot related. However, those two robot-related injuries resulted in death. Although robot injuries are less likely to occur, they are usually more serious when they do happen, cautioned White. She stated between 1984 and 2013, 38 robot-related accidents were reported and 28 resulted in fatalities.

Challenge 4: Finding increasingly skilled labor. An employee needs to operate the robot. Although this may not seem like it would be difficult, the question is whether the existing workforce at a company can handle a completely different way of doing their jobs. Finding the level of skill required to either operate these robots or finding the employee who is willing to even work with these technologies could be a hurdle. White added that she is seeing a lot of research around co-bots, or collaborative robots, which is the term for robots that provide assistance to humans in conducting tasks such as heavy lifting.

Challenge 5: Complexity. The more complex the technology, the more likely there is to be an issue. And when this issue occurs, how long will it take to fix? Will it shut down an entire product line? This is also a consideration for companies that are considering retrofitting their existing facilities.

“We owe it to our workforce to make their jobs as safe and as easy as possible,” said White. She encourages industry to pursue automation but to also be aware of these challenges and vulnerabilities to ensure that companies are approaching implementation in the right way.