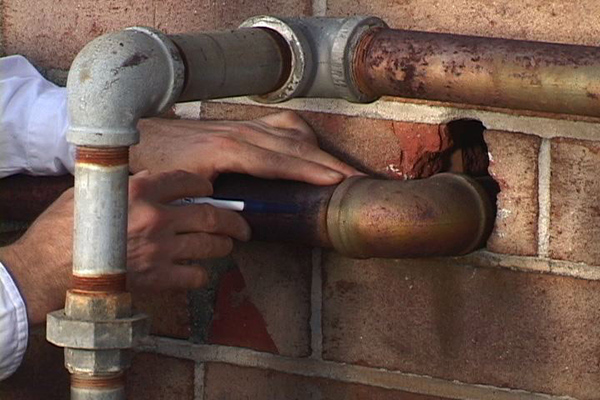 As with many areas in food safety, the future of pest management will place more emphasis on implementing a scientific approach and leveraging digital technologies. Food manufacturers and processors will rely more heavily on their pest management providers to be their eyes and ears to find issues within a facility that may have otherwise gone undetected and could lead to potential deadly outbreaks. “The pest control industry is always trying to control pests. But now the manufacturers are realizing that this [regulation] is pretty serious and people [could] go to jail,” says Ron Harrison, director of technical services at Orkin, LLC. “I think you’re going to find a much more scientific approach to pest control in food processing.” In a discussion with Food Safety Tech, Harrison shares insights on the changes (for the better) that FSMA is having on the relationship between pest management professionals and food manufacturers and processors.

Food Safety Tech: What are the biggest areas of concern surrounding FSMA and pest management? Are companies in the food industry prepared for compliance?

Ron Harrison: The big part about FSMA is that everything is now suspect in reference to food safety—from deliveries to storage to transportation on the backend; there’s a much more holistic approach. It has had a major impact on us—we’re doing more inspections on the front end, when the trucks [deliver] the raw ingredients, and we look for possible pests on the truck, rather than [inspecting] an isolated building.

The elevation has been that owners and managers realize that they’re going to be held responsible for potential food safety issues, and so they’re holding their pest professional at a much higher level to help be their eyes and spot potential problems to ensure compliance with safety issues. For example, take two situations that have come up in the last five years—the Peanut Corporation of America [Salmonella outbreak] and Blue Bell Ice Cream [Listeria outbreak]. In neither one of those cases were pests responsible for the problems. But questions came back to pest control professionals about why they weren’t making [the manufacturers] aware of leaking coming from the ceiling, etc. I think they’re looking for us to support their programs of food safety, not just ‘kill some cockroaches’ or prevent rodents from coming into [a facility]. Manufacturers are asking us to tell them what they’re doing wrong rather than us going back to them. I think there’s a better partnership moving forward.

The industry went from pulling out equipment and spraying [to control pests] to [the present] where it’s not uncommon for a microbiologist to take samples to find out not just if there’s a cockroach, but did it leave anything behind. I think you’re going to find the approach to pest control to be much more scientific.

FST: What digital technologies should food companies leverage as part of a proactive pest management plan?

Harrison: I think this is where the big future is. It’s how do we monitor just in time to provide service based upon that monitor. That’s futuristic looking. For bigger animals, we’re already moving in that direction: A relay goes off when the animal crosses a threshold, and a picture is taken that can be determined by movement and heat. But for the smaller creatures, like rodents and cockroaches, why isn’t there some type of monitoring system as well? From a monitoring and detection standpoint, we’re going to see a lot more technology that helps us very quickly assess what’s going on, which therefore will limit some of the robotic routine services that we do. That’s happening in Europe—it’s not uncommon to have monitors in place and as soon as something happens, you’re out there getting rid of [the pest] rather than putting traditional baits every 25 feet. If you think about it, wouldn’t it be much better that when the mouse is caught in the glue board that immediately a signal goes out and it’s removed rather than sitting there for five days until the pest control professional goes back and checks the device?

The person in charge of pest control wants to come into work and know exactly what’s going on: What pests were seen, what treatments were made, what the local manager is doing, etc. All of it needs to roll up into easy, accessible data. The data collection and reaction would be immediately downloaded every morning or evening when the shift is over. The demand is very clear for what the expectation is.

I’d say within the next year or two you’ll have a variety of companies providing these monitoring systems (inside and outside) to food processing plants.