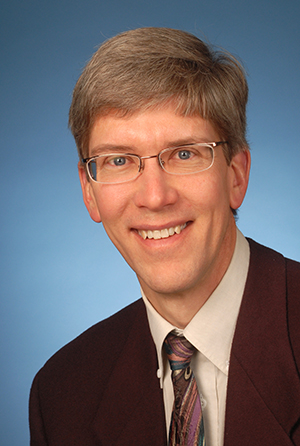 Having the ability to detect and identify contamination and adulteration in product is a top priority for companies, especially when working with foreign suppliers. In a discussion with Food Safety Tech, Craig S. Schwandt, Ph.D., director of industrial services at McCrone Associates, discusses how companies, especially those with limited resources, can use technologies to improve contamination detection to be ahead of the FSMA implementation curve.

Food Safety Tech: From your perspective, what key elements of FSMA will have a big impact on manufacturers and processors?

Craig Schwandt: For U.S. manufacturers, more and more of their ingredients are coming from foreign countries. [Companies] are responsible for reporting to FDA what measures they have taken to assure food safety in all aspects. Participating in the Foreign Supplier Verification Program will be critical to [their awareness of] whether their foreign suppliers are meeting those obligations. That critical element hasn’t been realized yet.

FST: Is navigating the foreign supplier relationship more of a challenge for smaller businesses versus larger companies?

FST: What steps can small companies take to ensure they have testing programs in place to meet requirements?

Schwandt: This ties in with the difference between testing and investigational analysis. Testing involves identification methods that are done to ascertain what is present—it might be an elemental concentration basis or an organic molecule basis—but they’re bulk analysis that determines whether the product is meeting the expected composition.

Then there might be components for which there are actionable levels, if the concentration exceeds actionable levels. But with bulk analysis testing methods, they only understand that they have a component in their product that exceeds an action level, and those methods don’t really specify where that component might be introduced into the product. This is where microscopy-based investigational analysis can assist smaller companies with understanding at what point the contaminant might have been introduced into the product. It can be isolated in individual particles, establishing a forensic pathway for stage of the process in which the contaminant might have been introduced.

FST: Can you expand on the technologies and methods that can be used to detect fraud or adulterated product?

Where the technologies need to be improved is in instances in which there might be more unintentional adulteration or contamination at trace levels:

FST: What factors are contributing to under-use of microscopy-based methods?

Schwandt: I think the expensive–instrument vendors would like you believe it is as simple as pushing a button to receive your complete quantitative answer. In many cases, the instruments, even though they might be designed with the best intentions, actually do require expert chemists to use them for complete success. There’s a push on the part of instrument manufacturers to provide instrumentation that they sell as providing the complete answer. And there’s a willingness in the food industry to believe it would be as simple as putting a less-skilled person in front of the instrument to run the analysis, push the button, and get the answer, as opposed to hiring an analyst with a lot of expertise.

FST: What industry partnerships/collaborations are essential in testing and analysis?

Schwandt: The partnerships are productive in this area when they’re between production and quality assurance branches of companies and third-party laboratories that can offer niche solutions and third-party verification.