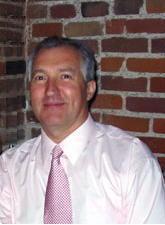 As rapid microbiology methods have been increasingly adopted by the food industry during the past 30 years, much emphasis has been placed on the detection of foodborne pathogens and  reducing test times as much as possible. Novel methods such as PCR, along with other molecular approaches, have done much to find these organisms more quickly and identify the source of an outbreak. Quite rightly so: We all have to eat, and we all prefer to eat safe food.

What is often forgotten, however, and what has been less fashionable in the development of novel methods, is the impact of spoilage organisms on the economics of food production and the lack of more sophisticated methods to detect them.  While media headlines may scream “Salmonella outbreak affects hundreds!”, the same outlets are less likely to report how much food is thrown away on any given day because of mold growth. “Penicillium spoils bread” is hardly an attention grabber on the 6 o’clock news.

A closely–related issue is that of food wastage, which together with spoilage accounts for billions of dollars of food that is thrown away. Estimates are in the region of $29–35 billion per year, and that doesn’t take into account the billions of dollars of wasted produce because of cosmetic imperfections—the so-called “ugly” fruit and vegetables that are still safe and nutritious to eat. In other estimates, it is suggested that in U.S. landfills, 21% of the contents are comprised of wasted food.

Another source of the problem is the confusion created by date labels–“best by”, “use by”, “sell by”.  What do they really mean? This has become such an issue that Walmart is leading an effort, spearheaded by Walmart’s VP of Food Safety, Frank Yiannas, to rationalize date labels so that consumers are far less likely to throw away perfectly wholesome food. In this aspect, he has worked closely with the Institute of Food Technologists, the Grocery Manufacturers Association and the Food Marketing Institute to address the problem.

The amount of waste and spoilage has reached almost scandalous proportions and the issue must be addressed, as the planet’s human population is estimated to grow to 9–10 billion by the year 2050. Improved agricultural practices and biotechnology will help to improve yields and increase the food supply, but greater efforts must be made to reduce wasting the food that is produced.

In the overall context of facing these challenges, new technologies are being developed. One such technology is a four-hour PCR Yeast and Mold Qualitative test, manufactured by Germany-based Biotecon, for use in dairy products. Genetic methods are typically associated with identifying bacterial and viral pathogens. But the same approach may be taken with groups of microbes responsible for spoilage, if there is a unique gene sequence common to the target organisms.

Typical test times for yeast/molds are historically five days, although more recently incubation times have been reduced to three days with some new “rapid” plating media. Still, this is a relatively long time compared to four hours. And it is worth noting that the PCR Yeast and Mold test is a “true” four-hour test, as it does not require any pre-enrichment.

The protocol follows a standard PCR protocol for DNA extraction and amplification with an important inclusion—a treatment step that allows discrimination between viable and non-viable organisms. Another important aspect is the inclusion of UNG (Uracil-N-Glycosylase), which greatly reduces the chance of cross-contamination between one sample and the next.

The method is remarkably robust. 100% specificity has been demonstrated with more than 300 strains of yeasts and molds representing 260 species covering all the phylogenetic groups. Conversely, 100% exclusivity has been shown against 60 strains of non-targets—comprised of microbes typically found in similar ecological niches; plant DNA; and animal DNA from human, mouse and canine sources. Sensitivity of the method for yeasts/molds is 101 – 102 cfu/g.

The method is also quantitative, and PCR cycle threshold times can be very closely correlated with plate counts on agar media. Thus, once a standard curve is generated, subsequent samples need only be tested by this new PCR method. Equivalent counts are then determined from the standard curve.

The rapid detection of yeast and molds is a much-needed analytical technique for the dairy industry. For producers of yogurt and similar fermented milk product with a typical shelf-life of 60 days, having the ability to release product to market four days earlier will help with operational efficiency. More importantly, knowing early on of any possibility of product spoilage will help deliver superior product to consumers. The method won the Institute for Food Technologists’ Innovation Award, with one of the judges commenting, “a four-test versus five days for spoilage organisms is a major breakthrough.”

In view of the level of wastage and spoilage that currently occurs, this new PCR method is a step along the way to using more sophisticated methods for the detection of the organisms responsible. Guardians of the food supply should see this as an important development.