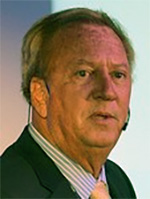 While the United States has no legal definition of food fraud, current thinking tends to be focused primarily on companies and products involved in the illegal substitution of one ingredient for another in a product. Such substitution generally involves substituting a cheap filler in the place of the labeled ingredient. In recent news, Parmesan and Romano cheeses have captured news headlines because of illegal “misbranding” of foods meaning that the label on shredded cheeses from companies like the Castle Cheese, Inc. company in Slippery Rock, PA include ingredients found through FDA testing that are included in percentages beyond allowable levels. In the case of shredded cheeses, so called “imitation” cheese better is known as wood pulp. The labels stated that the ingredients were 100% cheese.

Perhaps Slippery Rock is an apt name for the Castle Cheese operation where the inclusion of wood pulp was cheaper than the inclusion of real parmesan cheese. Such activities are becoming increasingly known as “economically motivated” and the practice is one of economically motivated adulteration. The FSMA final rule, Focused Mitigation Strategies to Protect Food Against Intentional Adulteration, will make these practices illegal.

Such intentional cheating has a long record in the history of food. No one really knows the extent of such food fraud activities, when they started (perhaps at the beginning of time?), or who could claim to be the first person to win an international award for creativity.

There are so many ways to commit food fraud that it boggles the mind and creates an almost complete inability on the part of governments, testing laboratories, food processors, retailers and the public to identify, let alone fully prevent and capture the guilty every single time.

Think about a few things. Is it fraudulent to leave the identification of GMO ingredients off of labels? If a packer knowingly packs a product in dirty packaging, is that practice fraudulent? If the food safety part of the government knows how high the levels of fecal coliform are on most of the produce we eat but does not acknowledge the problems or inform the public, is this practice fraudulent? How about the idea that a retail outlet replaces an “expired” label on hamburger with a new unexpired label? Or how about the time Sysco was shipping perishable foods in refrigerated trucks and storing eggs, milk, meat, chicken and other products in the same storage sheds where you might keep leftover junk from your garage? Do “Good Things Come From Sysco”?

But none of those examples have anything to do with intentionally substituting a cheaper ingredient for an ingredient on the label. Honey, olive oil, coffee, juices, fish, alcohol, milk and dairy products, fish, vitamins, meat, spices, organic foods, maple syrup, peanut product, flavorings, preserves, cereals, colorings, wines, vinegar, purees, sweeteners ,and other ingredients are involved. And food fraud occurs in manufacturing, processing, packing and food holding operations. Such large opportunities for all foods in all operations means the entire food chain is—at one time or another, in one place or another—suspect.

The Grocery Manufacturers Association (GMA) estimates that food fraud may cost the global food industry between $10 billion and $15 billion annually with lost sales between 2% and 15%. They estimate that approximately 10% of all commercial food products are impacted.

Considering the fact that the food industry claims their profit margins are only a few percent, it would seem that if they wanted to reduce food costs, food fraud would surely be a prime business improvement target. And GMA, unfortunately, is also focused on economically motivated adulteration such as unapproved additives, mislabeling, counterfeit ingredients, transshipment (shipping from one country to another to repackage and relabel in order to avoid taxes), and dilution.

When a consumer enters a supermarket in search of fresh meat, poultry or fish to cook for dinner, he or she knows little about how those products were packaged. Adding water to the pad that is often inserted under the meat to soak up blood, adds weight to the scale and money to the price. Packing the meat using carbon monoxide is common in order to “preserve” the product color. Red meat should look red, right? While the FDA considers this practice generally recognized as safe (GRAS), studies regarding how carbon monoxide interacts with the foam packaging and the clear plastic wrap covering the package are nonexistent. What makes the practice deceptive is the lack of information on the label that tells consumers carbon monoxide is used to preserve color. Of equal importance are recent studies that clearly show that many of the plastics used in today’s food packaging operations contain toxic chemicals shown to be dangerous to humans.

Interestingly enough, the European Union has a definition of food fraud:

‘Food fraud is a collective term used to encompass the deliberate and intentional substitution, addition, tampering, or misrepresentation of food, food ingredients, or food packaging; or false or misleading statements made about a product for economic gain’.

After the monster European horsemeat scandal (remember that one?) in which horse meat was substituted for beef to the embarrassment of many companies, such as Burger King and Ikea, the United Kingdom promised proactive solutions from food laboratories and improving supply chain audits in an effort to slow and diminish the number of incidents reported annually.

In the United States, we frequently point to the melamine (milk substitution) in baby formula or the pet food problems that came out of China as evidence that foreign companies are primarily to blame for food fraud. Coupled with governmental trade agreements and the attitude that other countries are dumping substandard product on American consumers, it seems easy to blame others for food fraud –except for the fact that we in America are dealing with so many incidents.

In most food distribution arenas, food traceability systems are slowly being agreed upon and implemented. However, the FDA does not seem to be able to help with establishing data and other standards that would help establish traceability requirements designed to quickly and accurately get to the source suppliers in food fraud events. Other industries under FDA medical device and drug laws have worked to establish solid chain of custody systems. Chain of custody implies that the suppliers and handlers are legally responsible and clearly identified. Leadership in this area is clearly needed.

While there are many good resources evolving both within and outside of the United States, those resources are scarce and relatively immature. It seems that without some basics, such as legal definitions, standardized testing practices, and an agreement that food fraud is much more than substitution of one ingredient for another, we have a very long way to go if we expect to get the food fraud system under control.