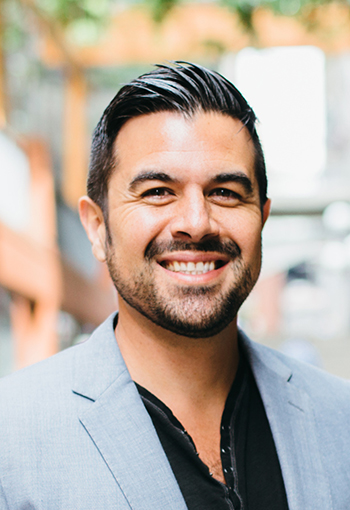 Despite what our parents told us, it’s not always healthy to eat our vegetables. In late 2020, 40 people contracted E. coli from leafy greens in the United States. By the time the outbreak was declared over, 20 victims had been hospitalized and four developed kidney failure. On top of the human cost, the food distribution businesses involved spent millions of dollars on public information as well as tracing the tainted vegetables and removing them from the market.

The USDA estimates that dealing with foodborne diseases cost $15.6 billion annually. Inefficient and painstaking guesswork is required with every incident, trying to find where the outbreak originated, and locate every shipment that may or may not have come into contact with that diseased strain which must then be recalled, as there’s no way to know for sure what has been affected. And by the time the original culprit is found, the malady may have spread so far that there is no choice but to recall and destroy tons of potentially wholesome products.

What if all this waste—not to mention dozens of infections—could be avoided? What if a foolproof, secure and constantly updating system could track the original tainted produce back to the farm it came from and confirm every employee, transport, and container it has been in contact with on the way? This technology exists today, ready to make food distribution not just safer but also more transparent, efficient and cost effective. It’s called blockchain.

Anyone with a passing familiarity with blockchain knows the technology was originally developed to track and safeguard cryptocurrency transactions. And while Bitcoin and its competitors definitely put the crypto in currency by being inscrutable to outsiders, it’s hard to call food supply chains a lot less complex. It is the vital importance of making that complexity accessible and understandable that makes blockchain the perfect way to futureproof distribution.

What Is Blockchain, Really?

Blockchain is a secure and decentralized ledger that tracks and records transactions. The keywords that indicate why this is an ideal solution for food supply businesses are “secure” and “decentralized.”

More than any other ledger system, blockchain is secure against tampering. Blockchain transactions can’t be altered or hidden, because every change is tracked and recorded and must be approved across the entire system. This system is also decentralized. Instead of one single ledger where a tiny mistake hidden on one obscure ledger could throw off an entire operation, blockchain distributes the whole ledger to all sources across a network, so anyone with the required permissions can see changes across the entire system in real time. When one person makes changes on their version of the ledger, all stakeholders across the network must confirm those changes, and the system remembers where and when they were made.

By distributing the records across different systems and always tracking changes, blockchain eliminates the guesswork and busywork of finding any individual item, when and how it was altered, and by whom. A simple search pinpoints any given item’s previous, current and future position in a supply chain. That search also reveals any other items with which it is shared space. Where once disease outbreaks meant painstaking searches and expensive purges of product, blockchain makes isolating infected produce easy and precise, saving capital and even lives, especially when time is a factor.

When tracking products, blockchain’s unique advantages simply slice time off the process. By distributing its records, blockchain removes harmful lag between parties knowing when changes are made to a single master ledger. There is no need to wait for someone earlier on in the supply chain to update their documents, then for a central office to confirm and collate that update before the information can move further down the line. All stakeholders with the proper permissions can get a full view of inventory, finances, and concerns — all updated in real time the moment a change takes place.

Banks, suppliers, retailers and more can share immediate access to live changes in a system using blockchain. Keeping everyone updated becomes streamlined, tamper-proof and completely trustworthy. Suppliers and retailers can study trends in the ledger and see their partners taking out loans or expanding inventory space, allowing everyone to anticipate each others’ needs and react to crises like tainted produce much faster.

In an emergency, the most important questions are often who knows what, where is the information that will lead to tracking down the problem, and more importantly, who has it? With blockchain, there’s no need to follow a trail of evidence in hopes of finding the original ledger where the problem appears, because the distributed network automatically upgrades universally across all systems.

Any mistake appears everywhere at once and can be caught by any number of parties, who are alerted in real time to every change. This creates redundant failsafes to prevent errors and catch problems. Not only are causes easier to track, but operational mistakes and execution errors are caught immediately. Partners can update schedules and adjust shipments, confident that everyone involved is automatically informed.

Blockchain’s origins in cryptocurrency make it an ideal system for tracking and safeguarding transactional pipelines of all sorts, and this makes it uniquely suited to food supply chains. No other system seamlessly records countless transactions across multiple sources while keeping a clean record for all involved. This not only saves crucial time and money during a challenge like an E. coli outbreak, it smooths out longstanding problems in the food distribution industry by adding unprecedented access and redundancy.

Upon adopting this new technology, the food distribution industry will enter a new era of reliability and cooperation as tracking every product from farm to plate becomes the standard. Even without an outbreak to lock down, blockchain will improve every aspect of supply chain management, paving the way for a more efficient and collaborative industry. Our modern world relies on communication and authenticity, and blockchain can only make the truth clearer.