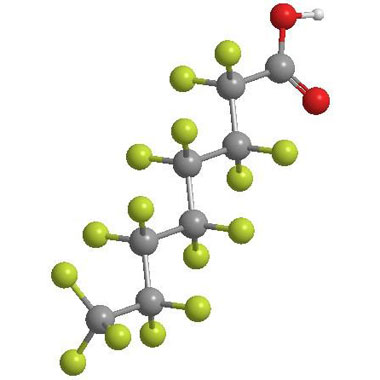 Efforts to regulate and remediate per- and polyfluoroalkyl substances (PFAS) are picking up a steam. Earlier this month, researchers from Northwestern University published a study verifying a low-cost process that breaks the chemical bonds of two major classes of PFAS compounds—perfluoroalkyl carboxylic acids (PFCAs) and perfluoroalkyl ether carboxylic acids (PFECAs)—leaving behind only benign end products.

Last week, the EPA proposed designating perfluorooctanoic acid (PFOA) and perfluorooctanesulfonic acid (PFOS), two of the most widely used PFAS, as hazardous substances. If finalized, the rule will trigger industry reporting of PFOA and PFOS releases and allow the agency to require cleanups and recover cleanup costs.

For the food and beverage industry, most current regulations involve food contact packaging, with states outpacing the FDA in implementing thresholds and working toward outright bans.

California, Connecticut, Maine, Minnesota, New York, Vermont and Washington are among the states that have already passed legislation limiting the use of PFAS in food packaging. Outside the U.S., the Eurpean Commissions’ Restrictions Roadmap outlines a plan to outlaw the use of PFAS in packaging by 2030.

The good news for the food and beverage industry is that non-PFAS packaging alternatives are affordable. “The alternatives are fairly priced, so if manufacturers are converting from PFAS to non-PFAS materials, it may require changing some processes, but the price will not change very much,” says Yanqi Qu, food & beverage safety and quality technology specialist, MilliporeSigma.

The area that poses a greater challenge and requires more significant investment from the public and potentially industry groups lies in the testing of actual food commodities. This is also an area of increased regulatory scrutiny.

Regulating and Detecting PFAS in Food

In July, the FDA released the results of its Total Diet Study, which included outcomes of its retail seafood products PFAS testing. “This testing actually catalyzed a recall of clam products from China,” says Price. “The FDA tested foods imported from all regions for the study, so this is something that the FDA is monitoring. I can see this recent recall driving them to do more testing at the border for products coming in to the U.S., especially seafood.”

The state of Maine has dairy testing mandates already in place. “PFAS are bio-accumulators, so it’s not just fish. Cattle and other livestock could also be an issue,” says Price. “The testing program in Maine is a regulatory model that I would use to extrapolate and look at where our future could lie.”

One of the key challenges in detecting PFAS levels in food commodities lies in the variety of matrices to be tested and the huge numbers of PFAS currently in the environment. In December 2021, the FDA published its methodology for PFAS analysis in food and beverage, which focused on fruits, vegetables and beverage samples.

“They are using an extraction method. They used a solvent to extract materials from the surface of the food and beverage samples, and then analyzed them using a liquid chromatoghraphy and mass spectrometry (LC-MS) system,” says Qu. “This method was just posted last year, and the public is not satisfied with it. There are more than 600 different types of PFAS compounds, and for this method they only focused on 16 of them. The FDA is saying, we need more time to test for all 600.”

LC-MS used to test for PFAS in food and beverages is very similar to the PFAS testing in the environment. However, testing food products is more complex than testing water or soil. “Different foods have different interferences and complications, and it is extremely difficult to account for all of the potential interferences and or complications that might arise as you move from one matrix to another,” says Taylor Reynolds, marketing manager for environmental testing and industrial chemical manufacturing, MilliporeSigma. “The science is struggling to keep up. You get into issues where you might have overlapping peaks on your chromatogram, which makes it hard to distinguish the readings. Calibration standards are not all readily available. So, even if a lab wanted to test for 600 compounds, I’m not sure they could easily get their hands on 600 compounds as a reference standard to do their calibration groups.”

What Food Manufacturers Can Do

Price encourages food manufacturers to keep an eye on their state legislatures for proposed and upcoming regulations and be aware of known concerns specific to their areas. “The FDA looks to best fit for purpose,” she says. “So if there is a known concern, for example local data shows that you have PFAS infiltration in the ground water near your livestock or your crops, having a testing plan in place or a mitigation strategy is a good idea, where possible.”

Local FDA and EPA departments can often provide mitigation support as well as guidance to ensure you are aligned with local regulations.

In the coming years, we are likely to see not only more stringent regulations, but also a better understanding of the most hazardous PFAS compounds to help target mitigation and replacement strategies. This data combined with continued efforts to neutralize PFAS, as seen in the Northwestern study, could signal a promising future.

“Our work addressed one of the largest classes of PFAS, including many we are most concerned about,” said William Dichtel, Robert L. Letsinger Professor of Chemistry in Northwestern’s Weinberg College of Arts and Sciences, and lead author of the Northwesten study. “There are other classes that don’t have the same Achilles’ heel, but each one will have its own weakness. If we can identify it, then we know how to activate it to destroy it.”

“PFAS compounds have been so incredibly useful, yet weaning ourselves off of them is not going to be terribly difficult,” says Reynolds. “As long as organizations keep their heads up and are paying at least a marginal amount of attention, it shouldn’t be a terribly difficult to transition away from them, particularly on the packaging side of things. I personally am optimistic about the ultimate resolution of this issue, because people are taking it seriously and the science is showing that we can find solutions.”