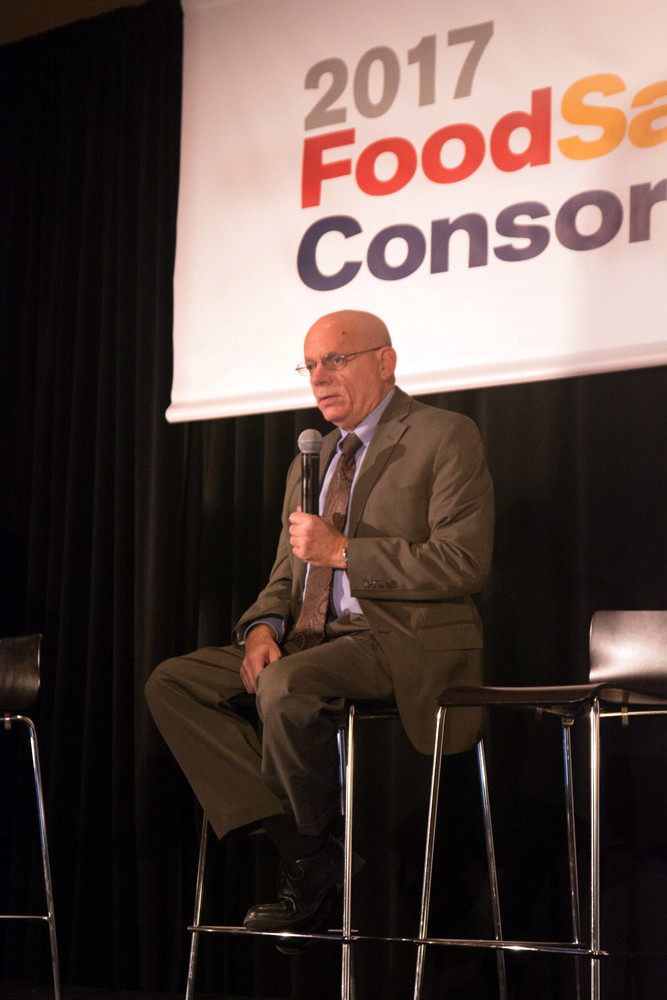 “Everything changes; nothing remains without change.” It’s the Buddha quote that Stephen Ostroff, M.D., FDA deputy commissioner for food and veterinary medicine, used to kick off his plenary presentation at this year’s Food Safety Consortium. Yet “there is one thing that is stubbornly resistant to change,” he commented, and that’s foodborne illness. The incidence of culture-confirmed human infections hasn’t improved, and it can be seen in the number of cases reported through CDC’s FoodNet system. Why?

Ostroff has a few theories. First, there are much better diagnostics and surveillance systems in place versus 10 or 20 years ago. “Those improvements in finding the cases may be masking improvements that have occurred,” he said. Second, looking at the data from the big picture perspective may mask positive sub-trends. “We are actually doing better,” Ostroff said. “Within the data, there is some good news and some bad news.”

Ostroff also proposed that emerging food safety risks are having an impact on the rates of foodborne illness, including new trends that are altering the food landscape. The global food supply is more diverse than ever. In addition, the change in consumer preferences and eating patterns may lead to gravitation towards higher risk foods that are improperly handled. Other areas of risk include new methods of food delivery (i.e., e-commerce—Ostroff added that within a few years, up to 20% of our food will be delivered to our homes.). The final risk he touched on was new food types, such as synthetic foods (i.e., synthetic meat). “Nobody is quite familiar with the potential hazards associated with those foods,” he said.

Over the past year, a new administration has come into place, along with a new FDA commissioner. In addition, compliance dates for six out of the seven foundational rules are now in effect (the compliance date for the Intentional Adulteration rule is July 2019). Although the new administration is focused on reducing the regulatory burden, it doesn’t appear to be impacting FSMA requirements. “To date we have no requests to change or delay FSMA requirements,” said Ostroff. “And that’s very good news.”

Third-party certification program. In June FDA launched a website through which organizations could apply to be recognized as an accredited body. Ostroff said the response and interest related to the program has been “overwhelming”, with hundred of entities visiting the agency’s website to learn more.

Voluntary Qualified Importer Program (VQIP). The agency anticipates that the application window will open January 2018 (however, Ostroff hinted that it may be delayed a bit). October 2018 is the projected start of the first benefit period.

FSMA Fixes. “There have been quirky issues that ended up in the FSMA regulations either because of the way FSMA was written by Congress or because of the way the regulations ended up,” said Ostroff, who added that the most problematic “quirk” is the intersection of whether an entity must comply with the Preventive Controls rule or the Produce Safety rule, and it all comes down to the farm definition. As a result, the agency extended compliance dates for a number of situations, one of which involves the agricultural water provision (January 2022 for large farms, January 2023 for small farms, and January 2024 for very small farms). Related to this provision, FDA is looking to reducing the regulatory burden but will keep standards in the lab analytic methods, frequency of testing and determination of water quality.

Inspection. At last year’s Food Safety Consortium, there was a lot of chatter about agency enforcement and inspection. Although Ostroff didn’t touch on enforcement, he provided a few figures on inspection activity for fiscal year 2017: