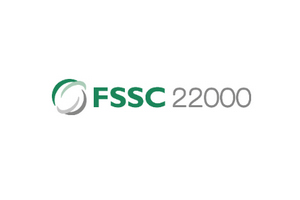 Food Safety Tech recently sat down with experts from Eurofins to discuss FSSC 22000. According to Kristopher Middleton, technical manager at Eurofins, and Kim Knoll, food safety systems national sales manager at the company, there are still quite a few companies (especially in North America) that are unfamiliar with the ins and outs of the certification scheme. In a Q&A with FST, Middletown and Knoll break down the basics of FSSC 2000, along with explaining some of its benefits.

Food Safety Tech: How is the trend with FSSC 22000 evolving?

Kristopher Middleton: The scheme started in 2009 based on a demand for people wanting to have an ISO-based certification within the GFSI benchmarking process. When the program came out, it trended toward larger companies that already had ISO-based certifications, mainly ISO 22000 and ISO 9001. The FSSC 22000 scheme is the fastest growing GFSI benchmarking scheme currently. It’s not just for large multinational companies; a lot of smaller suppliers are seeking certification to this scheme. The foundation continues to expand its scopes to become a true farm-to-fork certification program.

FST: Is FSSC 22000 also appropriate for a single site or for a company with fewer than 50 employees?

Middleton: The certification doesn’t discriminate based on facility size—nor footprint or number of employees. It’s ideal for any company that has a robust food safety management system and manufacture products that fall within the FSSC 22000 scope of certification. This currently includes manufacturers of perishable animal products (feed and food), perishable vegetable products, products with a long shelf life, biochemical products (i.e., food ingredients, vitamins, biocultures, etc.), manufacturers of food packaging, and primary production of animal products.

The key thing about FSSC 22000 certification is that it is not a terribly prescriptive food safety scheme, when compared to others that are available. You will be successful with FSSC 22000 certification if you are confident and knowledgeable about your own food safety management system, and you have appropriate justification or validation for the method in which your programs have been implemented, as well as validation for the controls of your food safety hazards.

FST: Are there quite a few companies that have not heard of FSSC 22000 or are not aware that it is a GFSI-recognized scheme?

Middleton: Since ISO 22000 was not terribly popular here in North America, it didn’t catch on right away. It was more so overseas that it caught on. However, within the past two years the scheme has become increasingly popular here, especially among companies that have other ISO standards already implemented (i.e. ISO 9001, 14001, 18001,etc), where it relates to occupational health and safety, environmental, and quality. The reason for that is the FSSC can easily intertwine with that entire management system program so that it all works together versus having separate programs in place.

Kim Knoll: I’m having a lot of conversations with smaller manufacturers who are brand new to GFSI. Many of them are being asked by their customers to achieve a GFSI benchmarked certification and are in the early stages of researching scheme options.  Some of these companies are surprised to learn that FSSC 22000 is a viable option.  Like other certification schemes, Eurofins lends support to companies planning to pursue FSSC 22000 through training courses, consulting services, pre-assessments and ultimately certification services. Even though FSSC 22000 is a newer scheme, auditor availability is not an issue.

FST: What are the key differences between FSSC 22000 and the other GFSI schemes?

Another key difference is that there is no true pass or fail within the audit. It’s a conform or not-conform audit. The decision to certify is based off the findings from the auditor and their recommendations, as well as the decision from a technical review meeting at the certification body. It requires the effective closure of a particular non-conformance or satisfactory plan being submitted for the closure of those non-conformances before the actual certificate can be granted. So that’s a bit different, because you can just submit plans for your non-conformances [instead of] actually showing that everything has been completely resolved. That being said, if a facility isn’t able to hold or get a certificate, if there’s an imminent food safety threat noted during an audit—if there’s an issue, such as a potential recall or contaminated goods, the ability to be granted that certificate is not feasible.

FST: Can you walk us through the auditing and certification process under FSSC 22000?

Middleton: Like any of the standards out there, you can get a pre-assessment, which is not necessarily part of the certification activity. The certification activity starts at a Stage 1 audit within this scheme (also known as a document audit within other schemes). It’s an evaluation of a facility’s food safety management system document to determine if they’re valid. The process does not include an entire evaluation of the implementation of the program, just simply that the programs are adequately designed and meet the requirements that are in place.

Next there’s a Stage 2 audit (sometimes referred to a facility audit) that is conducted no more than six months after the Stage 1 audit. The Stage 1 audit will identify the areas of concern—programs that might not meet exactly what the specifications required within the standard, which would become non-conformances in a Stage 2 audit (also called a facility audit or certification audit).

The Stage 2 audit is the full evaluation of the implementation of the program that was reviewed in the Stage 1 audit. Following completion of the audit, effective closure of non-conformances is required. This closure can either be [related to] major non-conformances, CAPA or root cause analysis. You have to supply evidence that the non-conformance is properly eliminated and will not recur, and this evidence must be supplied to the certification body and the auditor for review.

Once the second surveillance audit is conducted, the following year will be your recertification audit, which is simply another facility audit. It’s not a document audit—you don’t have to do Stage 1 audits after that initial one. This recertification audit occurs prior to your certificate expiring.