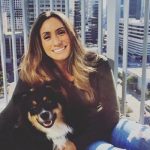 The food industry has been one of the most celebrated and fastest-growing industries over the last decade or so. Which is no surprise, considering how much food is now being consumed, or posted on Instagram, on a daily basis. Pop-up food carts and hole-in-the-wall food places have been a huge hit too and even inspired a number of Hollywood films about the tough competition and revolutionary marketing tactics that have taken over the food industry (see: Jon Favreau’s Chef and Bradley Cooper’s Burnt). It’s good times, for sure. Well, for the most part, I mean.

When did foodborne illness become a major concern in the US?

Unfortunately, it’s not just the revenue that’s on the rise, because food borne illnesses too are making the headlines as of late. Talk about spoiling (no pun intended) the fun, eh? Well, according to the US Centers for Disease Control and Prevention (CDC) in Atlanta, Georgia, the number of foodborne disease outbreaks resulting from imported foods increased during surveillance years 2005 to 2010.

Where are the numbers coming from?

Dr. L. Hannah Gould, Ph.D., a senior epidemiologist at the CDC, revealed those findings during an oral presentation here at the International Conference on Emerging Infectious Diseases in 2012. According to the CDC, 39 foodborne disease outbreaks were reported in which the implicated food had been imported into the United States. These outbreaks resulted in 2348 illnesses, 434 hospitalizations and 3 deaths.

How many are affected?

Though foodborne illnesses are often never formally reported, about 48 million Americans, or one in six, get sick each year from food, the CDC estimates, with 128,000 hospitalizations and 3,000 deaths. In fact, in 2014, 19,542 cases of infection were traced from 15% of the US population being surveyed by CDC.

Why is it on the rise?

The culprits? Chances are, you’ve been storing them somewhere inside your establishment: packaged caramel-coated apples, frozen ice cream sandwiches, fresh peaches and nectarines, frozen meet, etc. Not exactly the answers you were expecting, perhaps?

According to experts, the growing popularity of packaged foods such as pre-cut fruit and prepared sandwiches has heightened the risk of spreading foodborne illnesses. Furthermore, they have identified that contamination can occur between preparation and packaging, or in high-tech processing plants, after heating to destroy harmful bacteria and before packaging. Which means, somewhere in the last decade, we lost our way (or something like that).

What can we do to stop foodborne disease from spreading?

The whole fiasco regarding foodborne illness is a public safety concern and must be addressed by everyone. However, while adjusting individually may not be a problem for most of us, the same cannot be said for food places and restaurants. Just imagine the public relations horror for restaurant managers if any of their customers get sick while dining at their place?

Restaurants must be more strict and thorough when addressing food safety concerns. The entire crew must be trained when it comes to food handling and a food safety manager must also take charge in overseeing procedures in the kitchen. In fact, proper storage and disposal must also be adequately done at all times. With those safety measures in play, establishments will be able to showcase their commitment to adhere with local food standards and basic food handling procedures. That’s a step in the right direction, for sure.

Summing up, foodborne illness is definitely a manageable concern and will likely not become a factor that will hinder the overall growth of the food industry. However, the fact that it can be controlled and yet still recurring means that there’s still a fair amount of work needed to be done to improve the industry in other aspects—and that isn’t necessarily a bad thing (at least not yet).