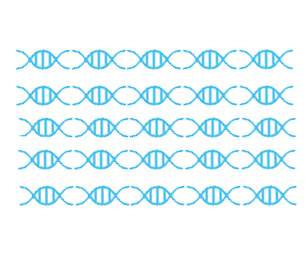 NGS, or next generation sequencing, is described as the “most updated automated DNA sequencing technology available,” according to Eurofins’ Gregory Siragusa, Ph.D. and Douglas Marshall, Ph.D. Over the past few years, there’s been quite a bit of discussion around the technology and its role in transforming food safety testing.

Clear Labs has been especially vocal about the potential of NGS, as the company has built itself on an NGS platform with capabilities that include GMO testing, pathogen detection and ingredient authenticity. The company just announced a pilot program for its NGS platform that aims to bring the technology into the realm of routine food safety testing. Mahni Ghorashi, co-founder of Clear Labs, recently discussed the program with Food Safety Tech.

Food Safety Tech: Is the platform entering the pilot the same as the technology we talked about in the Q&A,“New Whole Genome Sequencing Test Monitors Threat of Pathogens” a couple of years back?. If so, have there been developments since? If this is a different platform, how long has it been in development and what is the novelty and advantages?

Mahni Ghorashi: That’s a good question, and I understand why this could be a little confusing, especially for someone who has followed the development of Clear Labs over the years. (Thank you!).

The current platform being piloted is based on the same fundamental technology we’ve always had, but we have built it out considerably and adapted it for routine food safety testing.

At its core, our platform is based on industry-leading NGS technology paired with IP-protected bioinformatics. It’s always been backed by the world’s largest reference database for genomic food markers and food sample metadata.

Over the last year and a half, we’ve built capabilities into the core platform that allow our system to be deployed at high testing volumes for food safety testing, at scale.

We’ve built in robotics and automation to make this system truly “end-to-end” and to speed the process from start to finish.

We’ve reduced the cost by another order of magnitude, with faster turnaround time and greater accuracy than competing market products.

In short, the latest version of the platform is the first automated system that takes advantage of advanced DNA sequencing, bioinformatics, and robotics.

This pilot represents a new era for Clear Labs and the food safety industry at large. While our tests have always been higher-resolution and higher-accuracy than PCR, we now believe we can compete with the turnaround times and cost of PCR.

Ghorashi: The goal of the pilot study is to demonstrate that NGS is ready to be adopted as the new standard for routine food safety testing. We believe that our pilot study will also help the industry to fully appreciate how NGS technologies will modernize food safety programs, without changing the way food safety is conducted today.

The pilots last for two weeks. Because our platform is for high-volume, routine safety testing, it doesn’t take long to have tested a statistically significant number of samples. We’re able to quickly provide our customers with a report comparing our results to that of their legacy, PCR-based tests.

FST: What feedback have you received about the platform thus far? What is its potential?

The potential is enormous. This NGS platform—the first of its kind—is going to usher in a new era of food safety testing.

False positives can create a resource-intensive burden on food companies. Reducing false negatives is important for public health as well as isolating and decontaminating the species within a facility.

The costs savings, but even more important the peace of mind that comes from a near fail-proof system is invaluable to the leading food brand and service labs we’ve been working with.

FST: What are the clearest areas of impact for NGS in food safety?

Ghorashi: The impact of NGS is going to be felt broadly because it will replace existing PCR systems for high-throughput safety testing. Across the food industry, wherever there are PCR systems, we will soon see NGS-based system that will be more comprehensive, accurate, and cost-effective.

And unlike some PCR techniques that can only detect up to five targets on one sample at a time, the targets for NGS platforms are nearly unlimited, with up to 25 million reads per sample, with 200 or more samples processed at the same time. This results in a major difference in the amount of information yielded.

FST: Do you have any additional comments on the pilot program or NGS in general?

Ghorashi: While I can’t talk about specific customers, I should note that our pilot program is already deployed across half of the U.S.’s third-party service labs as well as major food production companies engaged in high-volume, routine safety testing.

We’re still accepting applications for the pilot, and we’re excited to help brands recognize the value of and move forward with this vital progression in testing. After the pilot phase, we’ll be rolling out the full platform at IAFP in July of this year.

This fast-paced educational webinar experts will show you how modernizing your food and safety programs can include spreadsheets. Speakers will guide you through the methods that top companies across the food and hospitality industries use every day to gain important insights, share data, and run successful programs with the help of modern tools and spreadsheets.