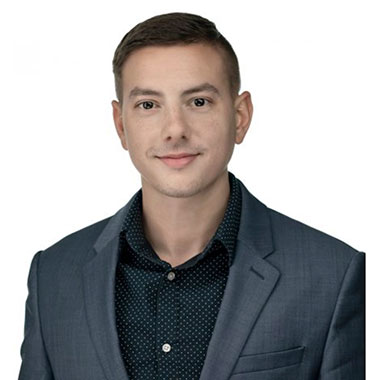 The companies stay on top of listeria and E. coli because the USDA Food Safety and Inspection Service (FSIS) has considered them “adulterants,” or substances that should not be found in meat products, for decades. The federal agency banned listeria in 1987, and in 1994 listed E. coli as an adulterant in the wake of an E. coli outbreak at Jack in the Box restaurants that sickened 700 people in four states, and led to 171 hospitalizations and four deaths.

All along, however, another prominent bacteria, Salmonella, remained unregulated, despite its proclivity for making people ill—more than a 1.3 million cases of salmonellosis appear in the U.S. every year, leading to about 26,500 hospitalizations and roughly 400 deaths. It is the No. 1 cause for foodborne illness in the U.S., and most cases stem from chicken products.

But earlier this year the USDA announced that it now plans to consider Salmonella an adulterant in some chicken products. The matter is out for public comment now; if the USDA doesn’t change its clear intention to regulate Salmonella, federal food inspectors soon will be testing for it in select chicken products.

The chicken industry opposes the measure. In a news release issued shortly after the FSIS’ August announcement, the National Chicken Council (NCC) pointed toward the 1957 Poultry Products Inspection Act, which did not include Salmonella as an adulterant, as a set of standards worth upholding today.

Subscribe to the Food Safety Tech weekly newsletter to stay up-to-date on the latest news and information on food safety.

Well, a lot has changed in industrial agriculture during the past 65 years, and that includes a dramatic expansion of chicken farming and consumption across the country. In the 1950s, the average American ate about 16 pounds of chicken a year, compared to 56 pounds of beef and 50 pounds of pork. But by this year, Americans were eating close to 112 pounds of chicken a year, along with 56 pounds of beef and 50 pounds of pork. In terms of meat consumption, chicken now rules the roost. Regulating it might not have been necessary back when Dwight D. Eisenhower was president. But today I believe it most definitely is.

As a professional in the food safety industry, I champion the FSIS’ decision. It’s about time the agency added Salmonella to its list of adulterants; the bacteria causes far too much illness and death in the U.S. every year. Many of those cases could have been prevented through regulatory oversight.

It is true, as opponents of the proposed regulation argue, that Salmonella doesn’t always emerge in the processing plant; humans can inadvertently introduce the bacteria in their own kitchens. Why, the industry asks, should it be penalized for conditions outside of its control? In addition, proper cooking methods will kill Salmonella. If people don’t follow cooking directions on the packages of chicken they buy, and get sick from Salmonella as a result, the chicken industry believes it should not be held accountable.

On the first issue, it is unlikely that cases revolving around individual consumers introducing Salmonella to their chicken products would ever lead to penalties. Federal regulators scrutinize public health data for clusters of outbreaks, which often point toward entire product lines being infected with bacteria; isolated one-off cases, many of which indeed could be the result of human error, do not concern them.

For the second point, yes, people should read labels and closely follow cooking directions. But in my opinion, that is irrelevant; dangerous levels of Salmonella simply should not dwell in foods, and it’s the job of regulators to make sure food is safe.

Toy manufacturers, for example, must eliminate choking hazards from products designed for kids under 3 years, thanks to federal regulations. It shouldn’t be up to parents to constantly monitor their toddlers while they play with toys, to ensure they don’t gag on something potentially dangerous found on the stuffed giraffe.

Should the rule become policy, the FSIS will focus on just one category: stuffed, breaded and raw chicken products. These products, including dishes like chicken Kiev and chicken cordon bleu, often are heat-treated to set the batter or breading, but are not fully cooked. They have been associated with 14 outbreaks and about 200 illnesses since 1998.

This represents a solid start. Next, I’d like to see the FSIS pursue regulating Salmonella in other chicken products. Even if the agency doesn’t, however, many processors will have to implement new practices and testing procedures for all of their products anyway, as in many cases it won’t make sense to just incorporate new protocols within a few discrete product lines. Among other things, I would anticipate boosted commitments among producers and processors to cleaning and sanitation processes, environmental monitoring (probably the most important pursuit) and overall facility food safety measures.

Will this action by the FSIS completely eliminate Salmonella from the targeted products? Absolutely not. The rule sets a maximum threshold for Salmonella in the food the agency tests; in many cases, chicken products that contain negligible amounts of the bacteria will still make it to market. It’s just products containing dangerous amounts of Salmonella that will be subject to penalties.

Food safety serves as one of the foundations of a healthy society. It also reinforces and bolsters public trust in the products consumers buy, which nurtures and strengthens the entire food industry. With this proposed Salmonella rule by the USDA, the U.S. takes another important step toward ensuring the health of its citizens, and further enhancing consumer trust in the chicken products they buy.