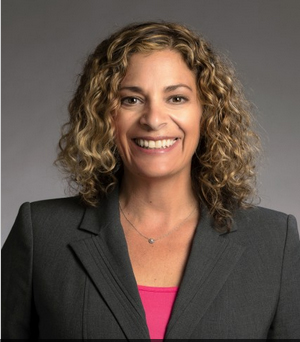 On January 25, 2021 Stop Foodborne Illness (STOP), in collaboration with Center for Science in the Public Interest, Consumer Reports, Consumer Federation of America and five STOP constituent advocates filed a petition with USDA Food Safety Inspection Service (FSIS) to reform and modernize poultry inspections. The goal of these reforms is to reduce the incidence of Salmonella and Campylobacter contamination in raw poultry thus drastically decreasing foodborne illnesses due to these pathogens.

According to the CDC, in 2019, these two pathogens combined were responsible for more than 70% of foodborne illnesses in the United States. As Mike Taylor, former FDA Deputy Commissioner for Foods and Veterinary Medicine, shares in his
Op-Ed, the time for change is now as the current regulatory framework is inadequate and has not delivered the desired results of reducing Salmonella and Campylobacter outbreaks.

Today, the USDA’s mark of inspection is stamped on poultry, although birds may exceed the performance standards; there are no clear consequences for establishments that do not meet the current guidelines. Without science-based standards or penalties for non-compliance, the burden of this problem falls upon consumers.

At STOP, we share the voices of consumers whose lives have been altered due to preventable problems such as this. Our constituent advocates share their journeys through severe foodborne illness to share the WHY of food safety. Real people, real lives are impacted when we do not demand action. STOP board member, Amanda Craten, shares her son Noah’s story:

“My toddler suddenly came down with a fever and diarrhea, but it wasn’t until weeks later that I learned that his symptoms, which nearly killed him, were caused by a multi-drug resistant strain of Salmonella.

After being admitted to the hospital, his doctors found abscesses in the front of his brain caused by infection and they were creating pressure on his brain. He underwent surgery and weeks of antibiotic treatments.

My 18-month son was seriously injured and permanently disabled as a result of Salmonella-contaminated chicken.” – Amanda Craten.

Unfortunately, Noah’s story is not rare, which is why Amanda supports this petition for change and has provided a powerful video about Noah’s foodborne disease journey and his life now.

Because there are too many stories like Noah’s, STOP and its partner consumer advocacy organizations want to work with FSIS and industry to:

As a new administration begins, capitalizing on this opportunity to modernize poultry inspection that can benefit consumers and the food industry makes sense. STOP and its partners are hopeful that leadership at USDA/FSIS will take this opportunity to create consequential and relevant change. Ultimately, this transformation will reduce the incidence of foodborne illness due to contamination of poultry and increase consumer confidence in the USDA’s mark of inspection. Please comment on this petition.

Have you been impacted by foodborne illness? Tell STOP Foodborne Illness about it.